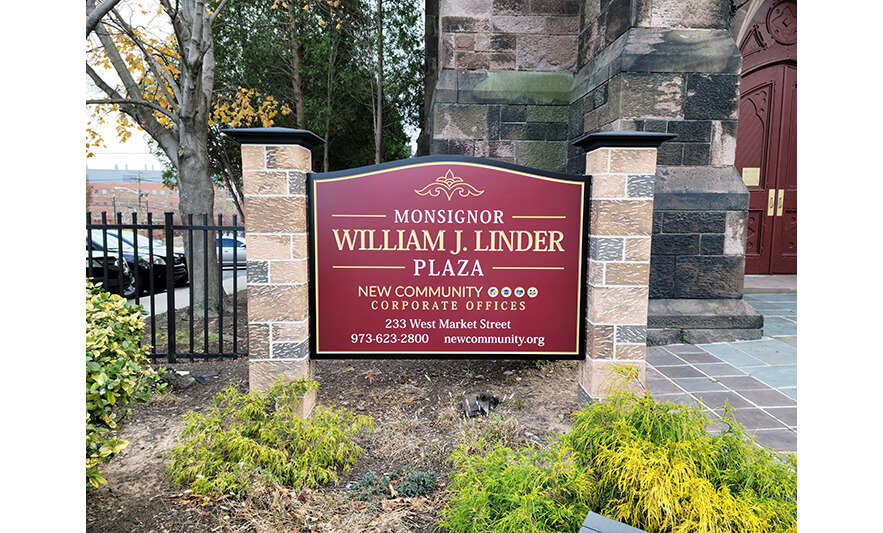 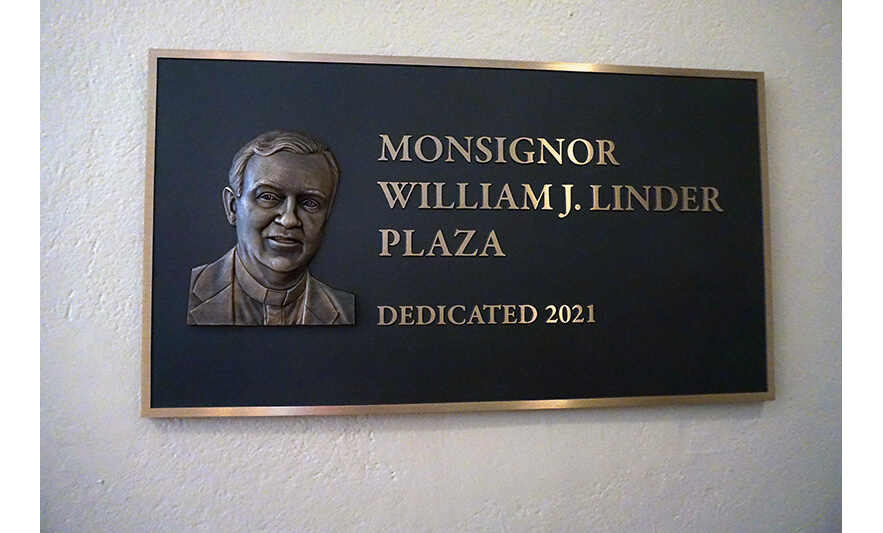 New Community has renamed its corporate office location Monsignor William J. Linder Plaza in honor of its founder. There is a new sign in front of the building, located at 233 West Market St., Newark, and a bronze plaque inside displaying the new name.

Monsignor Linder founded New Community in 1968 along with members of the community following the 1967 Newark Rebellion. The mission was to help residents of inner cities improve the quality of their lives to reflect individual God-given dignity and personal achievement. That goal has remained unchanged for more than 53 years. As an organization, NCC has helped countless individuals and families at all stages of their lives with services ranging from housing and shelter to childcare and education to nursing home care and mental health services.

“Monsignor Linder worked tirelessly to ensure that New Community was successful and lived up to its mission. Having his name at our corporate offices is a fitting tribute to recognize all he did for the organization and the people it serves,” she said.

“Monsignor William J. Linder Plaza will not only stand as a memorial to Monsignor Linder and many others who worked tirelessly to fulfill our mission, but it will also serve to constantly remind us and future generations of the importance of helping others improve their lives,” she said.

Monsignor Linder served as New Community’s CEO until 2013 when he transitioned to the chairman of the Board of Directors. He served as the board chairman until his passing on June 8, 2018.