New Community Corporation has steadfastly remained true to its mission of improving the quality of life for inner city residents since 1968. Take time to learn more about some of the people whose lives have been positively impacted by New Community: 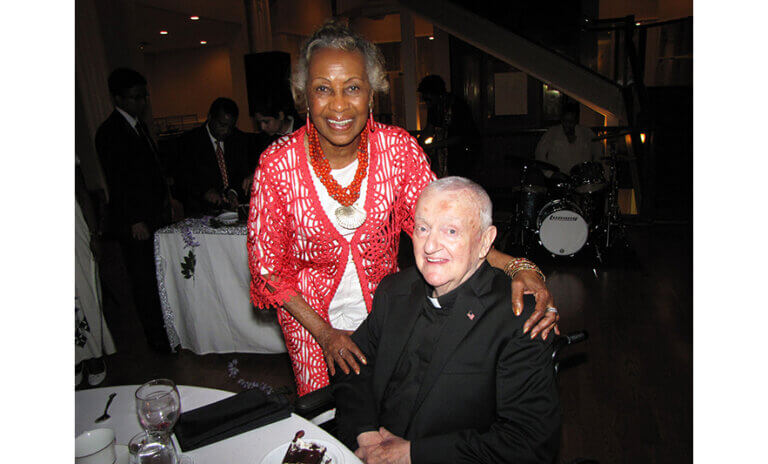 It’s extremely rare to find an individual who has dedicated more than four decades of their career to one organization. But anyone familiar with New Community knows Madge Wilson who has been a constant at the organization for more than 41 years. Wilson met the late Monsignor William J. Linder, founder of New Community, at Queen of Angels parish in 1962 where he was first assigned after graduating from the seminary and becoming an ordained priest. After he and other community members started New Community in 1968, Wilson became involved. She was one of the founding members of Babyland Nursery, which provided childcare services, in 1969. After New Community constructed housing, Wilson officially joined NCC as an employee in 1980, 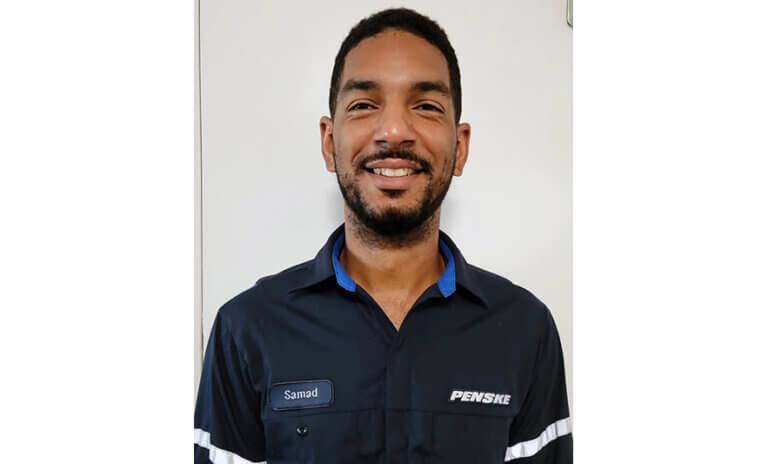 New Community Career & Technical Institute (NCCTI) helps its students launch careers in sectors that provide living wages for them and their families. One of those students who is enjoying success is Samad Sharrief who is currently employed as a diesel technician. Sharrief first enrolled in the Automotive Technician program at NCCTI, which he completed in 2017. To increase his earning potential, he returned to NCCTI as part of its first Diesel Technician class, which he completed in 2019. Sharrief is now working as a diesel technician for Penske in Dayton, N.J., where he performs preventive maintenance and repairs on trucks as well as smaller vehicles. “Samad is a talented technician. He came to NCCTI with a great attitude to 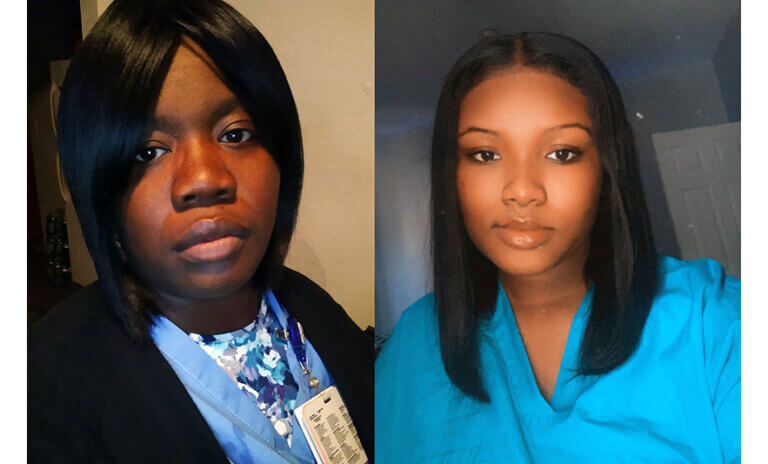 An education at New Community Career & Technical Institute (NCCTI) opens the door to a career in desirable industries. But it can also provide an important stepping stone to additional education and an enhanced career. Two women have taken full advantage of their NCCTI education and earned certifications and are now working toward additional degrees in their field. Lavel Chambers and Denayah Reese were classmates in the Patient Care Technician (PCT) program at NCCTI. They completed the program in 2019 and both found employment at Clara Maass Medical Center. Both women have worked at the facility since getting hired, throughout the ongoing COVID-19 pandemic. Now they are both enrolled in classes at Essex County College where they are pursuing additional 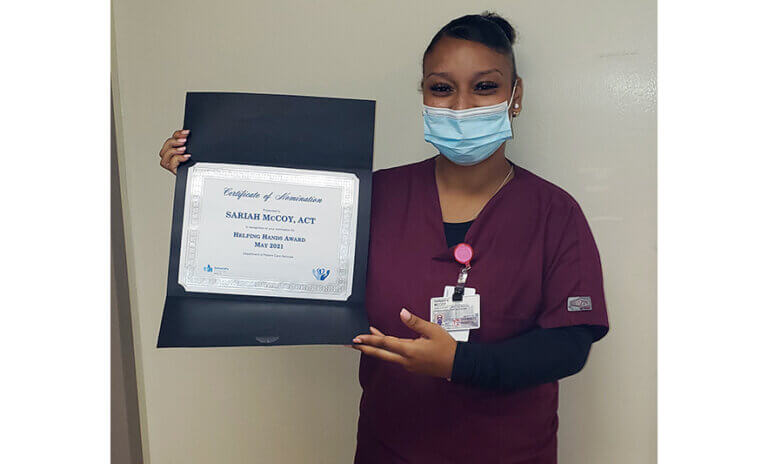 New Community Career & Technical Institute (NCCTI) graduate Sariah McCoy received the May 2021 Helping Hands Award from University Hospital for her work at the organization’s Ambulatory Care Center. McCoy completed the NCCTI Clinical Medical Assistant program before becoming an employee at University Hospital. University Hospital is one of NCCTI’s employer partners and hires its graduates on a regular basis. NCCTI maintains partnerships with employers in all areas of its instruction. The accredited school offers the following programs: Automotive Technician, Diesel Technician, Building Trades Specialist, Clinical Medical Assistant, Patient Care Technician, Community Healthcare Worker, Culinary Arts Specialist and Business & Computer Technologies. Anyone interested in enrolling should fill out an application at newcommunitytech.edu, call the school at 973-824-6484 or visit 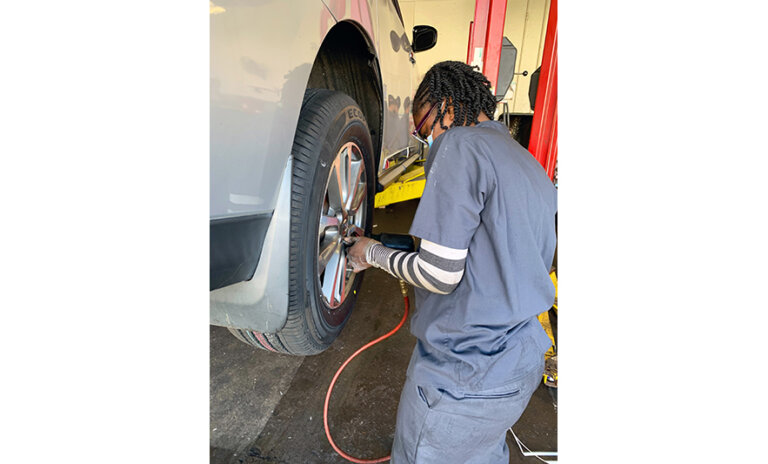 Maa Efia Nyarkoa Ampiaw has always been interested in cars and decided she wanted to become a professional technician. The road to that career path has taken some time, but thanks to New Community and her hard work, she has achieved her goal. Ampiaw first came to the United States from Ghana in August 2017. She moved to Newark with her grandfather and enrolled in New Community’s Adult Learning Center. After successfully completing English for Speakers of Other Languages (ESOL) Levels 1 and 2 and the High School Equivalency (HSE) course, she enrolled in the Diesel Technician program at New Community Career & Technical Institute (NCCTI), where she learned the skills necessary to become both a diesel and automotive technician. 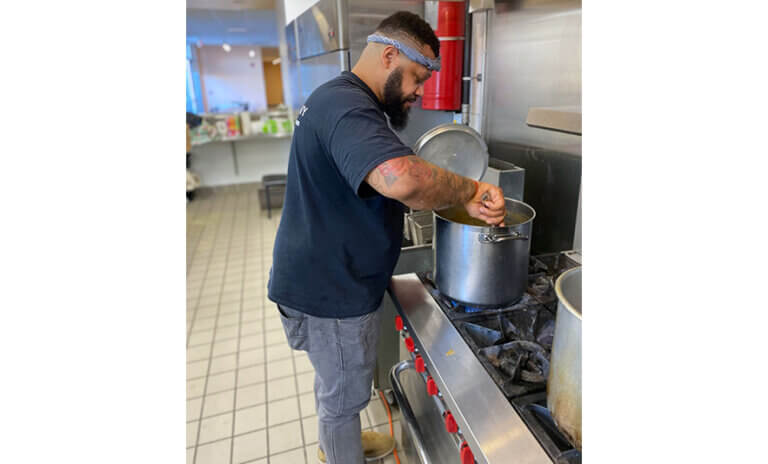 New Community Career & Technical Institute (NCCTI) offers more than just a quality post-secondary education. The instruction it provides sets students on a path to success, often with life-changing results. Jerrell Mann first became aware of New Community in 2018 when he became a resident of Better Life, which provides supportive housing units for chronically homeless individuals, as well as an engagement center for area homeless individuals and respite services for individuals in crisis who have mental health or substance abuse issues. New Community built, owns and manages the building and contracts with Collaborative Support Programs of New Jersey (CSPNJ) as the service provider. Mann noticed people coming to Better Life’s engagement center to eat. He knew how to cook 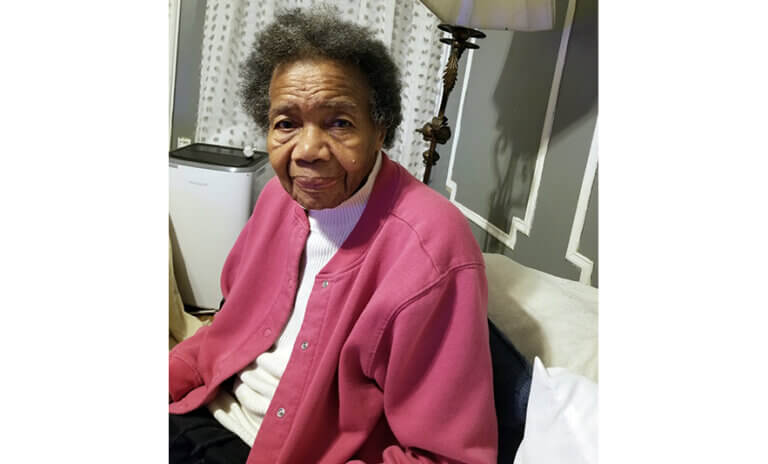 In addition to providing quality long-term care for residents, New Community Extended Care Facility offers short-term rehabilitation for individuals in need of those services. These shorter stays allow for patients to recover and return home quickly. Josephine Jackson-DeVore benefited from Extended Care’s rehabilitation services earlier this year. She had been a patient at University Hospital in Newark for a bladder infection when she fell. Hospital personnel suggested she participate in rehabilitation to help strengthen her and prevent future falls. She decided to become a patient at Extended Care because it was close to her home and her sister had a positive experience as a patient there for about nine months in 2016. She is happy with her decision. “The staff 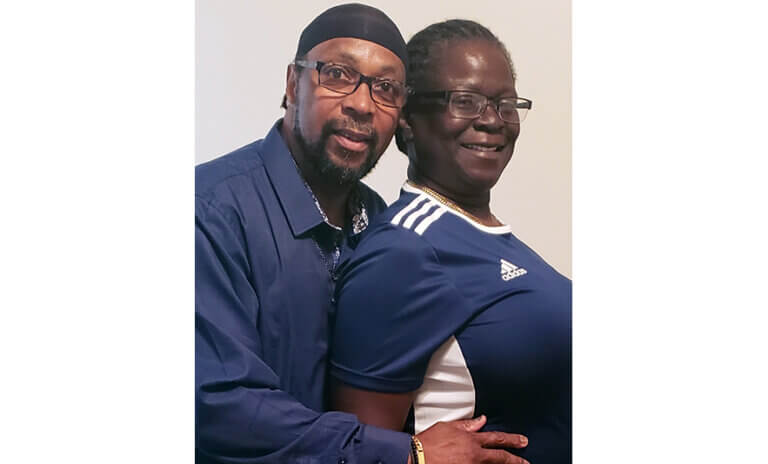 Steven and Jessica Johnson have been married for more than 30 years and have shared many experiences together. Due to different circumstances, they both have required stays at a skilled nursing facility, and at different times they have been patients at New Community Extended Care Facility. Both were extremely happy with the care they received. “We both had an amazing experience,” Jessica said. “New Community made me feel like home. They did the same thing for my husband.” Jessica went to Extended Care about five years ago after having surgery to receive physical therapy to regain the use of her legs. She stayed there less than a month, but during that time, she became involved in the facility, participating in 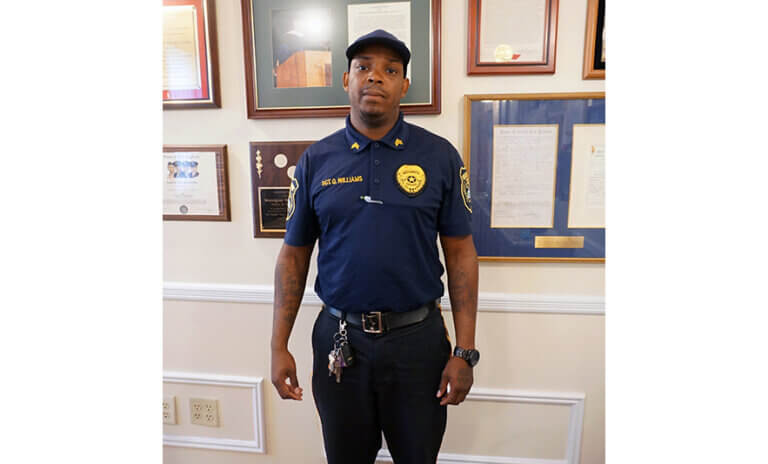 Quawee Williams has a long history with New Community. He grew up in NCC housing, worked for the organization’s Security Department for seven years and has returned as a Task Force Officer after achieving a career in law enforcement with the Newark Police Department. Williams joined NCC as a Security Officer in 2012 and was promoted to Supervisor. In his seven years with the department, he worked every shift and at every site. He resigned from his role with NCC Security in September 2019 to become a Newark Police Officer. While he was excited for the opportunity and his next chapter, he was sad to leave New Community. “I loved it here. I loved the people, the community,” he said. 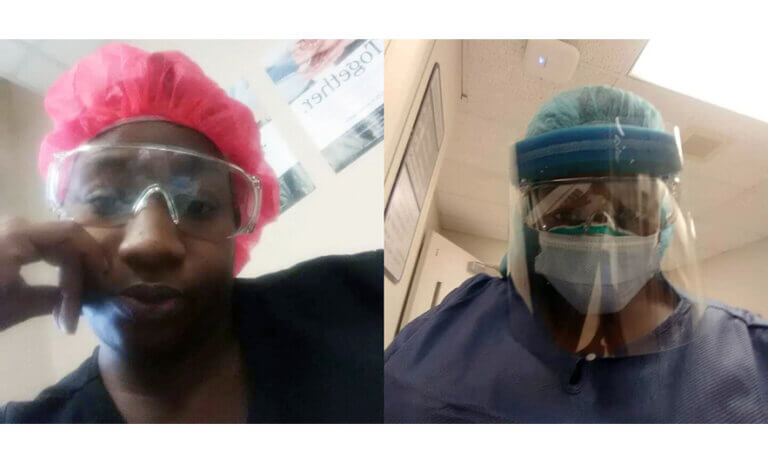 In addition to providing affordable post-secondary education that leads to nationally recognized credentials, New Community Career & Technical Institute (NCCTI) also operates a comprehensive Financial Opportunity Center (FOC), which helps educate students in the area of financial literacy. Students learn about credit, budgeting and saving and are provided with tools to help them improve their financial situation. So far in 2020, the FOC helped 80 clients achieve credit score increases and assisted with over 40 job placements, even in the midst of a global pandemic. “NCCTI’s work extends beyond providing quality training services and connecting students to good careers. It also entails sharing valuable tools and educational services to help them make wise financial decisions,” said NCCTI Director Rodney Brutton.