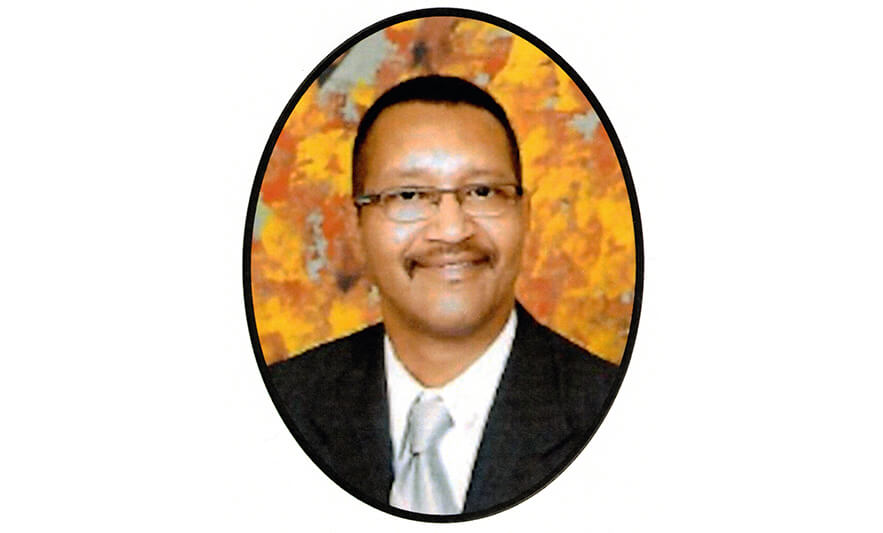 Coleman Brooks worked with children in New Community’s after school program and summer camp before his death Sept. 16. Photo courtesy of Yvonne Brooks.

Coleman Brooks always had a smile to share, whether he was with his family, colleagues or the children he served. He was employed in New Community’s Youth Services Department for three years but was no stranger to working with children. He worked at New Horizons Community Charter School, which sits across the street from the NCC Neighborhood Center, for 19 years. He passed away Sept. 16 at the age of 59.

Coleman Brooks started his career in the corporate world, working for AT&T and New Jersey American Water, but realized he wanted to take a different path. He told his mother, Yvonne Brooks, working with children was the best job he ever had.

“He loved children,” she said. “He said all children can learn. Some just have to learn a different way. You have to know how to reach out to them.”

His kindness and nurturing demeanor showed in his work. He served as a teacher at New Horizons Community Charter School and worked at NCC’s after school program across the street when the school day ended. He also worked as a counselor for NCC Summer Camp.

“Mr. Brooks always gave 110 percent of himself to ensure the children received a positive experience while attending our programs,” said Director of Youth Services Edward Morris. “He was a valuable member of NCC Youth Services and the true definition of a team player. He will be greatly missed.”

?Coleman Brooks was born in Summit and was the eldest of four sons. He married and had two children, a son who is now 31 and a daughter who is 26. He also leaves behind a 2-year-old grandson, ?his parents, three brothers, ?aunts, uncles, nieces and nephews.

He was very close to his family throughout his life. His mother said the entire family has happy memories.

“I think of the good times. That’s what keeps us going,” Yvonne Brooks said. “I know he wouldn’t want us to be sad. Because he’s up there doing work with God. God didn’t want him to be in pain so he called him home.”

Coleman Brooks underwent treatment for cancer prior to his passing, but that didn’t stop him from serving children. He would receive treatment and go directly to work for as long as he could.

“He always had a smile. Even when he got sick,” his family said. “If he was in pain, you didn’t know it. He never complained.”

Yvonne Brooks said her son was a joy to be around and his passing has been very difficult for his children and the entire family. She takes comfort in knowing that he made a difference for others doing a job he loved.

“We didn’t realize how many lives he had touched until we had his services,” Yvonne Brooks said. “The outpouring of people was just unbelievable. He left a legacy.”