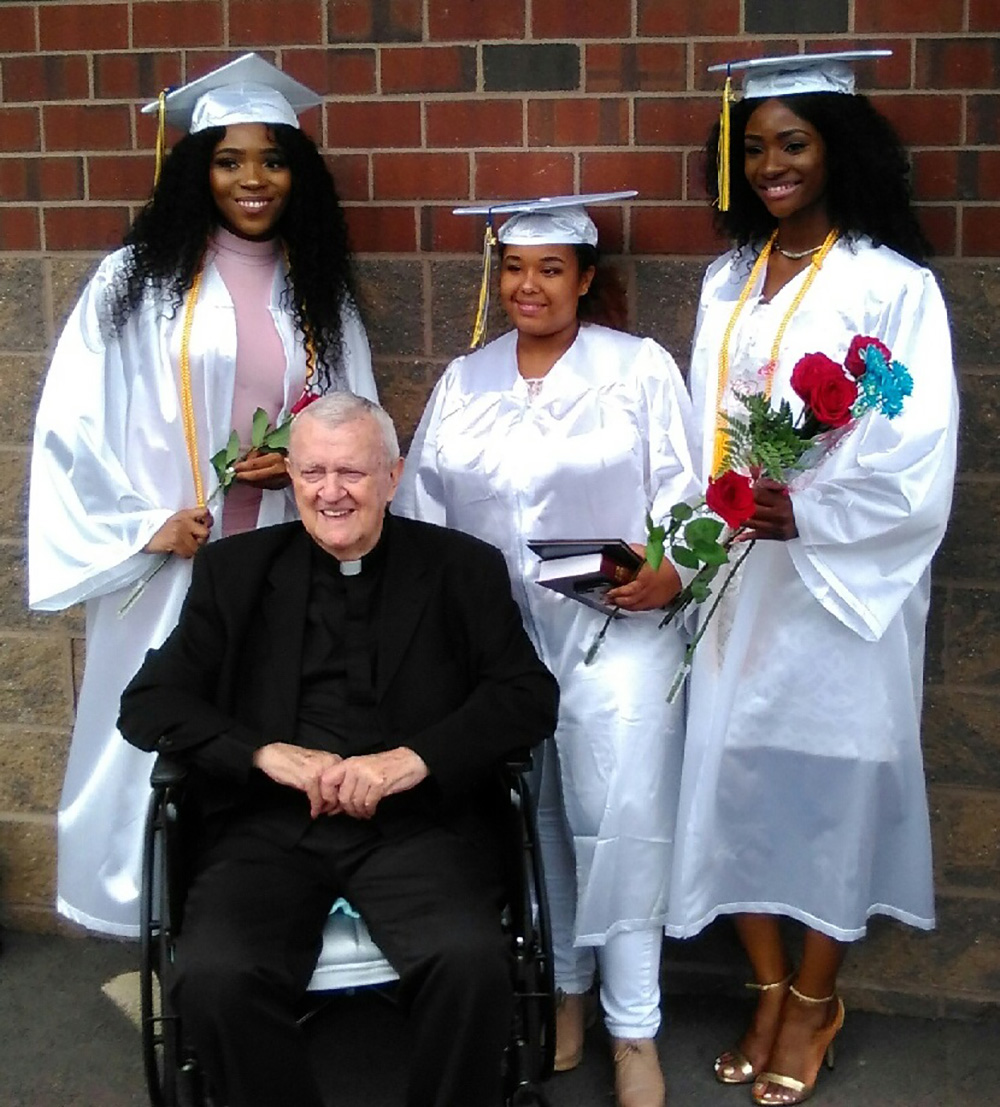 The list includes this year’s valedictorian of Saint Vincent Academy in Newark: Chikama Onwunaka. She is heading to Rensselaer Polytechnic Institute in Troy, N.Y., to study biomedical engineering. She said without the scholarship, she wouldn’t have been able to attend Saint Vincent Academy and pursue her academic interests.

Her two sisters also graduated at the top of their classes at Saint Vincent Academy: Chioma Onwunaka was also valedictorian and Chiamaka Onwunaka was salutatorian. Their mother is Veronica Onwunaka, Extended Care administrator for New Community Corporation.

“I want to say thank you to everyone that helped me achieve my goals and contributed to my educational expenses. It really did influence me,” Chikama Onwunaka said. “My major is really to do good and help other people: people who don’t have access to what I’m fortunate enough to have.”

Maryana Okoye also graduated from Saint Vincent Academy with honors. She became a scholarship recipient after her mother’s death in 2015. She said the scholarship played a huge role in her completion of high school and helped ease the financial burden of her father who is also raising her three brothers.

Okoye called Monsignor Linder inspiring. “What he does for students and the city of Newark in general is really, really great. I just really hope that God continues to multiply his blessings,” she said. “He really gives.”

She is going to attend Rutgers-Newark to major in biology. She will be taking the pre-med track, though she’s not sure what type of doctor she will be yet.

Mitch Matara got his diploma June 3 from Saint Peter’s Preparatory School in Jersey City. He will be attending the University of Notre Dame in Indiana in the fall to study finance. He plans to start working after completing his bachelor’s degree, but said he might go back to school to further his education with a JD or MBA at some point.

Matara has deep connections to NCC. He has been a lifelong member of St. Rose of Lima Church in Newark and his father previously worked for New Community.

“Considering that I’ve known Monsignor Linder my whole life, it meant a lot to be able to go to the same school that he went to,” Matara said. “With the scholarship, my parents did not have to be financially burdened because of that decision.”

Sibonai Ruthie Geberyesus attended Saint Vincent Academy and will be enrolled at William Paterson University in September. She plans to major in computer information technology.

She said the scholarship helped her family tremendously because her younger sister is also attending a private school. Her parents both work at New Community. Sam Geberyesus works as an asset manager and Helen Abraha does work for the dietary program at Extended Care while going to school part-time.

“The scholarship motivated me to do the best that I could. When you have a scholarship, you have to show them thank you so much for this. Not just a thank you note, but doing something with the money that they gave you,” she said.

Natasha Wisdom attended Christ the King Preparatory School in Newark with the Monsignor William J. Linder Scholarship and graduated June 17. She will be enrolled at the University of Bridgeport in Connecticut in the fall.

She said the scholarship meant everything to her. “It helped me financially and helped me go through school. It helped me pursue my dreams,” she said.

Kaitlyn Luzuriaga graduated from Queen of Peace High School in North Arlington June 4 and plans to attend Rutgers-Newark in September to study communications.

“The scholarship provided me with a Catholic education. I learned a lot,” she said. She’s part of the last graduating class of Queen of Peace, which closed at the end of June.

Byron Simmons completed his high school education at St. Benedict’s Preparatory Catholic High School in Newark, graduating June 4. He’s preparing for orientation at the University of New Haven in Connecticut, where he will study computer engineering.

The Monsignor William J. Linder Scholarship meant a lot to Simmons. “I was able to stay at a good school, get a good education. I learned a lot about brotherhood and leadership skills. I never would have had that opportunity if it wasn’t for the scholarship,” he said.

Monsignor Linder is proud of all the students who have completed their high school education and will go on to college.

“They’re all doing great,” he said.

Editorial: Higher Education Should Be Accessible To All