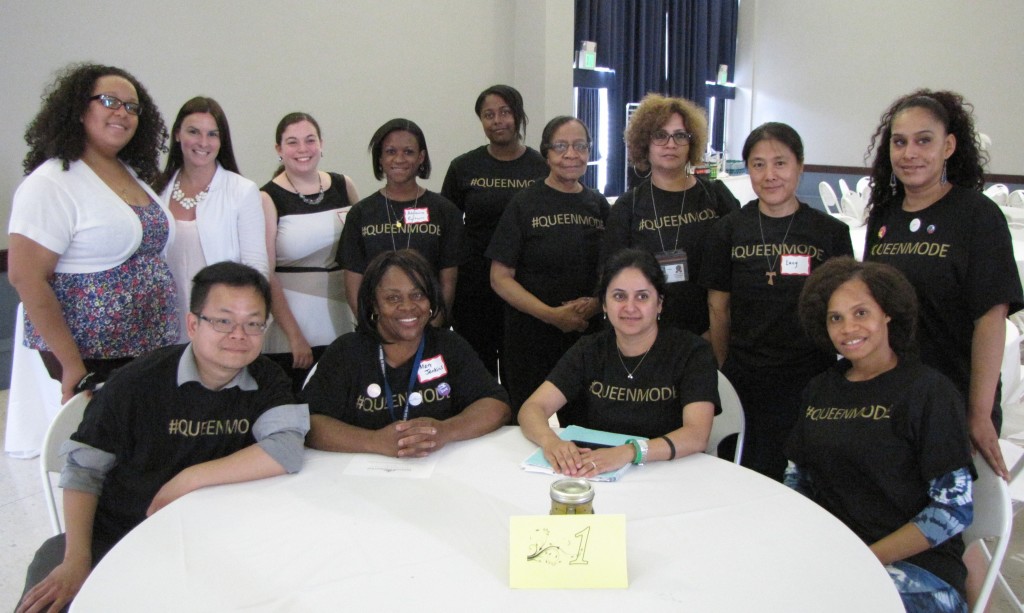 Merck, a New Jersey native, is the director of public relations for the Jessica Simpson Collection and gave a keynote address to more than 200 young women at the 2015 Celebration of Womanhood: Fabulous Me Conference.

For a dose of instant self-confidence, Merck advised the teen girls to try a “power pose.” Merck drew from the popular TED Talk by Amy Cuddy on power poses, where physical changes to a person’s body (confident posture, wide stance, etc.) have been proven in studies to immediately trigger more powerful or confident behavior in a person.

“We should all feel empowered to be our best selves,” Merck, who grew up in Vernon Township, said during her speech. “You can be a small-town girl…to living in New York City and achieving your dreams.”

Hosted by the Family Service Bureau of Newark, an affiliate agency of New Community, the fourth annual Fabulous Me Conference focused on the theme of leadership or, in social media parlance, #QueenMode, which was the hashtag used to tweet and capture images from the day. The conference featured workshops with topics focusing on safe social media use, girl on girl violence, healthy relationships and academic preparedness.

“You should always pursue your dreams,” said McFadden, who attends Saint Vincent Academy in Newark.

Arti Kakkar, executive director of the Family Service Bureau, said that gathering participants from different regions provided many with a rare opportunity to interact with students of different ethnicities and backgrounds. It’s important to have “the girls recognize that they can bond with each other because they’re girls,” she said.

“This is the prime age where they’re learning about who they are, what they believe,” said Ben Beiten, SHU associate professor of marriage and family therapy.

Family Resource Success Center Offers Direction that Can Pay Off

Thread The Needle, Learn To Sew