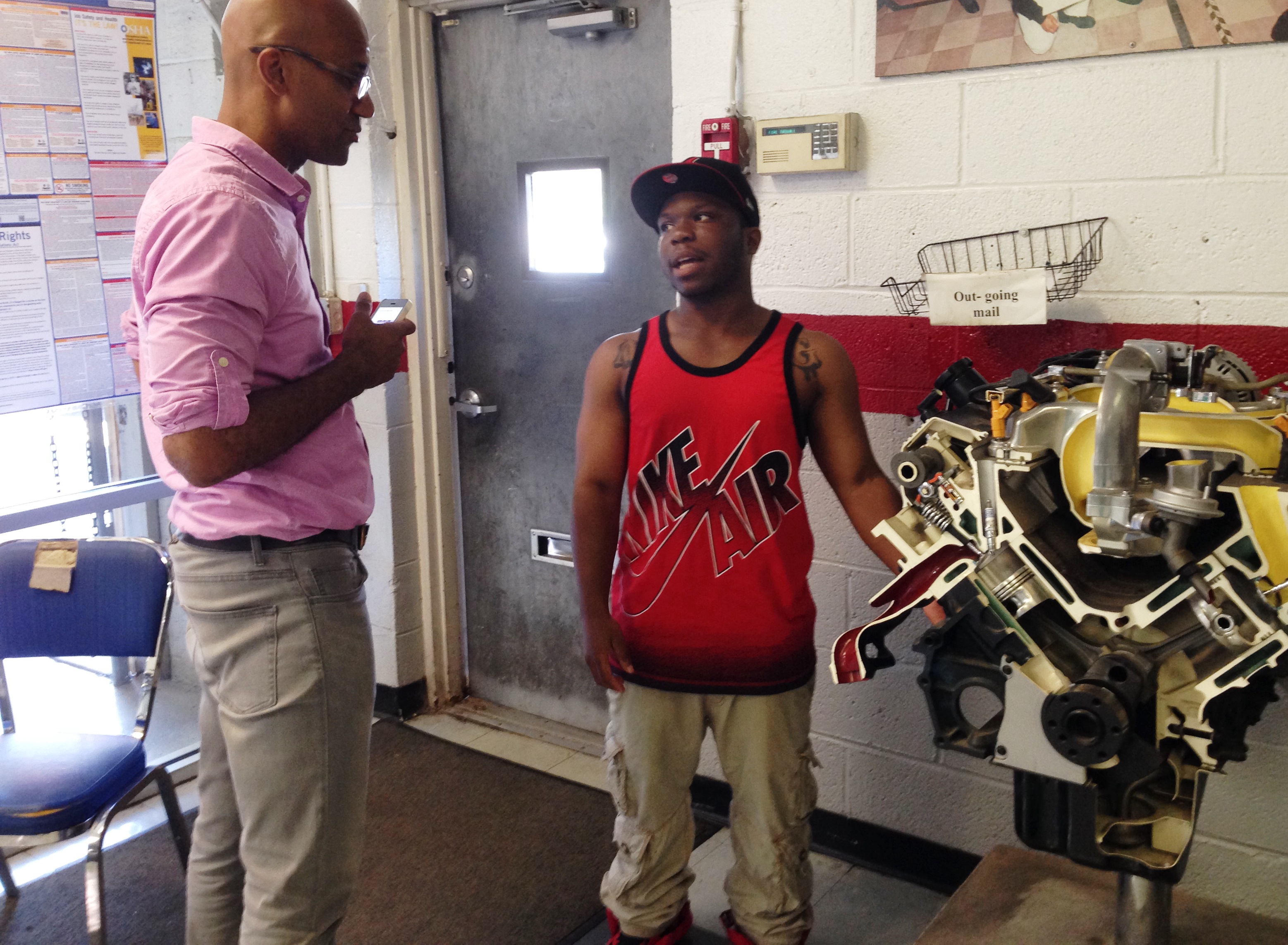 Colorlines featured Dorian Moody, a recent student of the New Community Automotive Technician Employment and Training Program, in an in-depth story about the employment challenges facing young black men who graduated high school during the worst economic downturn since the Great Depression. New Community is featured as part of a series by Colorlines called “Life Cycles of Inequity: A Series On Black Men.”

A short while after Moody’s interview, Colorlines visited NCC’s state-of-the-art Automotive Training Center to capture images of students and staff. Check out the story’s accompanying photo essay titled, “A Day in the Shop.”