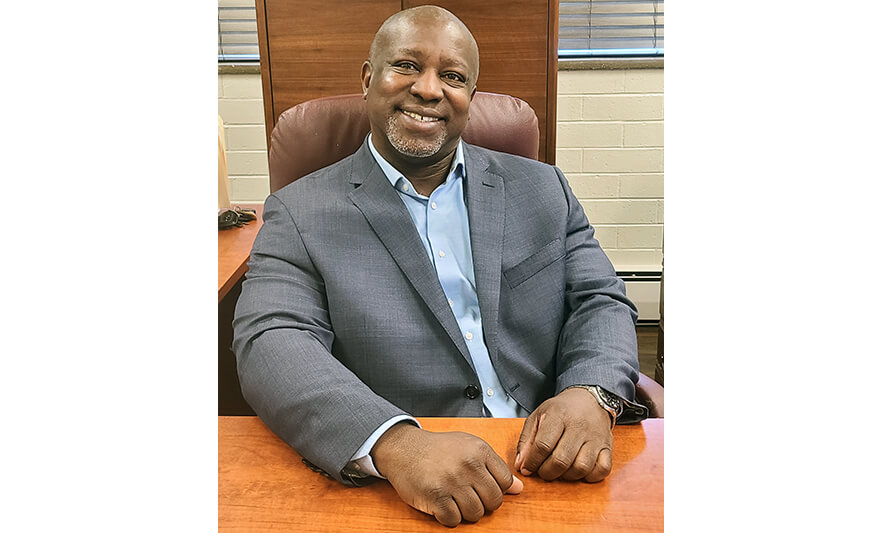 New Community’s Security Department has a new person at the helm. Derek White joined the NCC family as the Security Operations Manager on June 1. White was a longtime member of the Newark Police Department, retiring after about 31 years of service, and he also has experience supervising unarmed security guards for a company in New York.

“We are very happy to have Derek White join New Community as the new Security Operations Manager,” said New Community Chief Operating Officer Fred Hunter. “Derek is a retired  lieutenant from the Newark Police Department and brings his vast knowledge of law enforcement and public safety.”

During his tenure with the Newark Police Department, White worked in several investigative units, including robbery squad, the sexual assault unit and internal affairs. He also worked patrol, the taxi unit and the executive protection unit. After retiring from the department, he made the move to a security company in New York as a supervisor.

White applied to the position with New Community to bring him closer to home. He hopes to make a difference in his new role.

“My intentions are just to use my knowledge and the experience that I’ve gotten from the police department and from life in general and try to make some type of impact as far as making things safer and also continuing what my predecessor started,” he said. “My goal is to just keep the positivity going.”

White has a long history in Newark, both personally and professionally. His grandfather came to Newark in the 1950s and operated a cleaners business in the city, his father served as a Newark police officer for 26 years, his mother taught in Newark for 28 years and his sister is currently a teacher for the Newark Public Schools.

White was born in East Orange and lived in Newark until he was in first grade. His parents then moved to Plainfield, where he attended elementary school and junior high school. He graduated from Seton Hall Prep for high school and attended a couple of years of college, but wasn’t excelling. His father gave him the application for the police exam and encouraged him to pursue a career in law enforcement, which he did.

He started the police academy in October 1989 and finished in March 1990. He officially retired from the Newark Police Department in February 2020.

White is currently a Newark resident and has been in the same home since 1996. He is familiar with New Community from his time in the city and working in the police department. His mother’s aunt also lived at Gardens Senior for a time.

In his spare time, White likes to travel, ride his bicycle and go to the gym. He has a son and a stepdaughter.