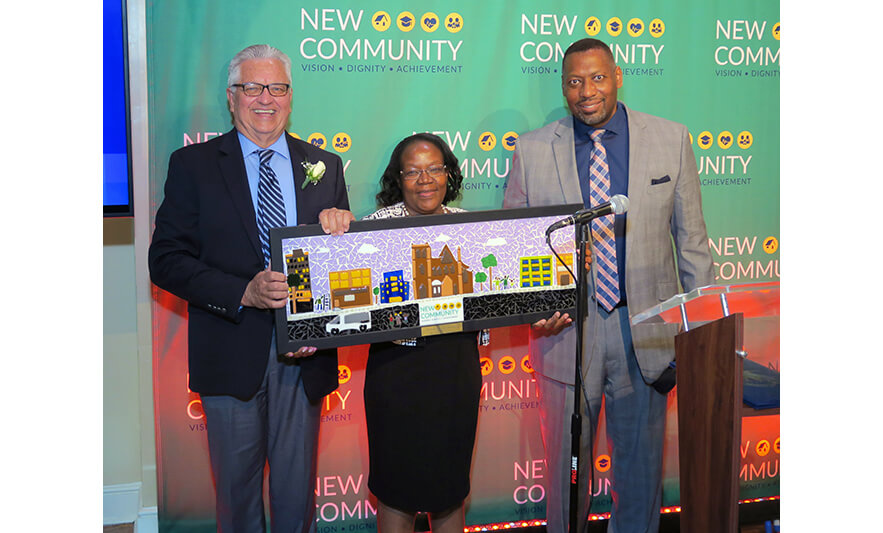 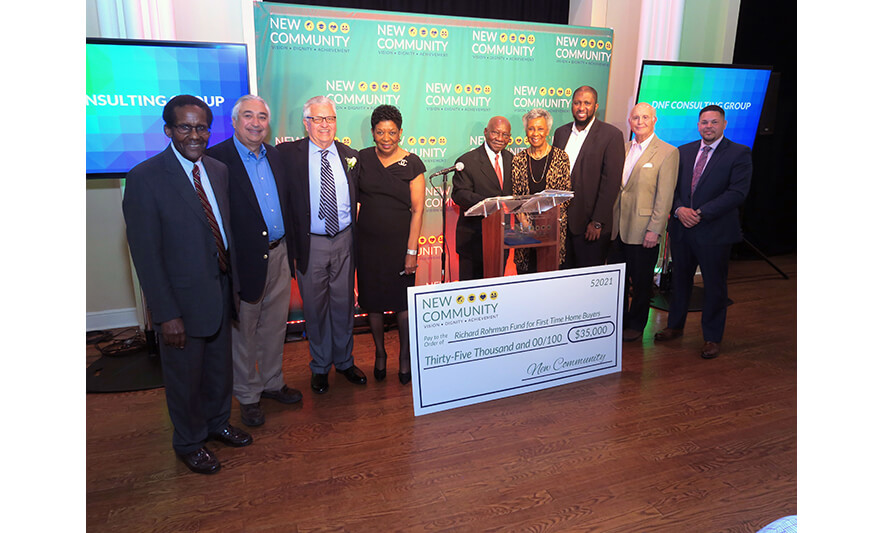 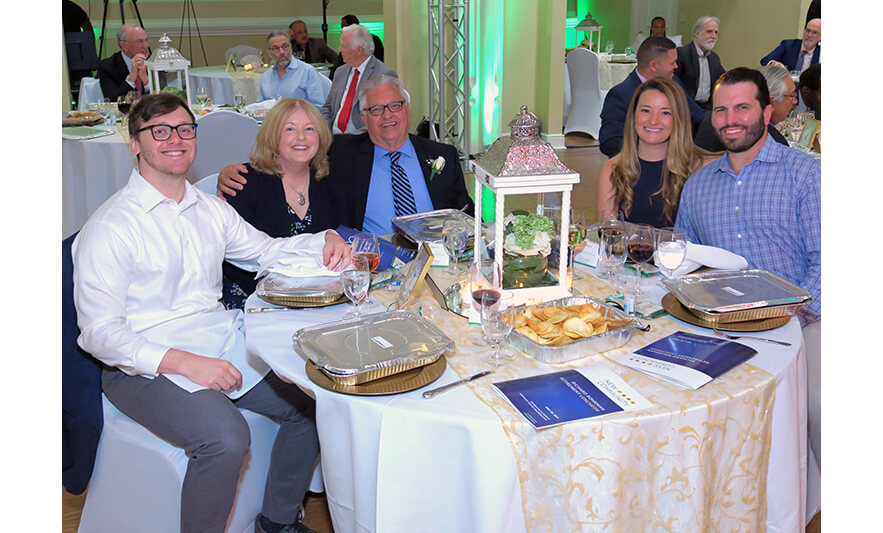 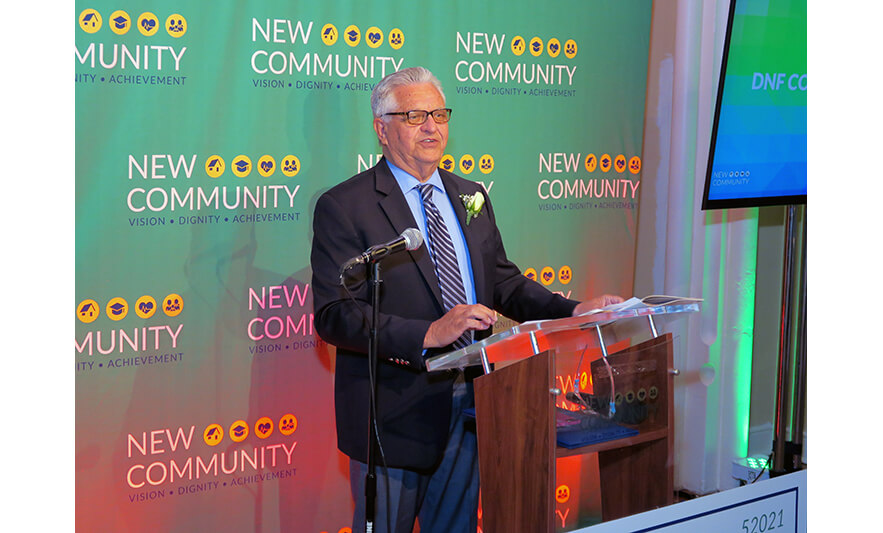 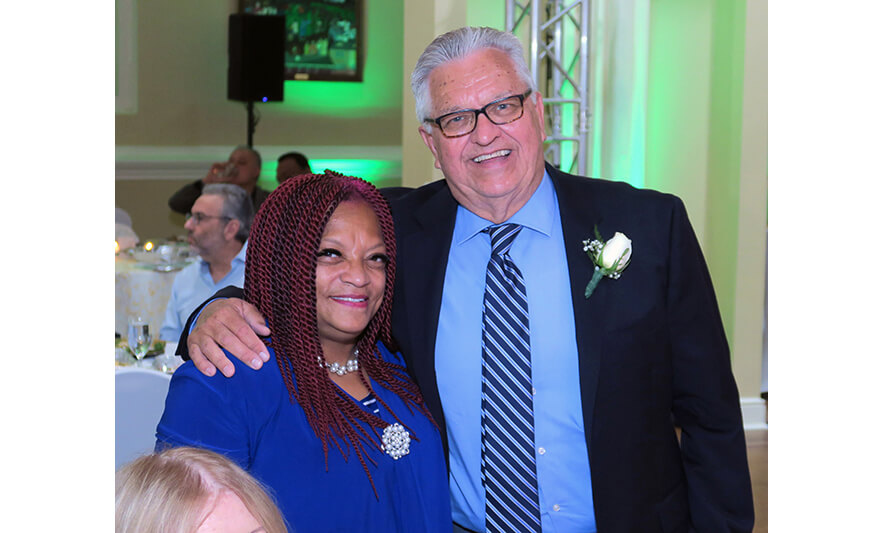 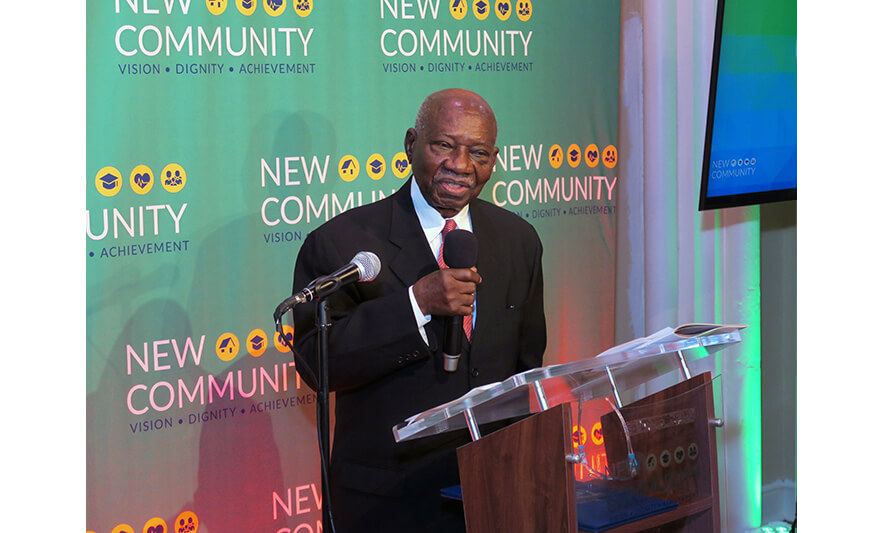 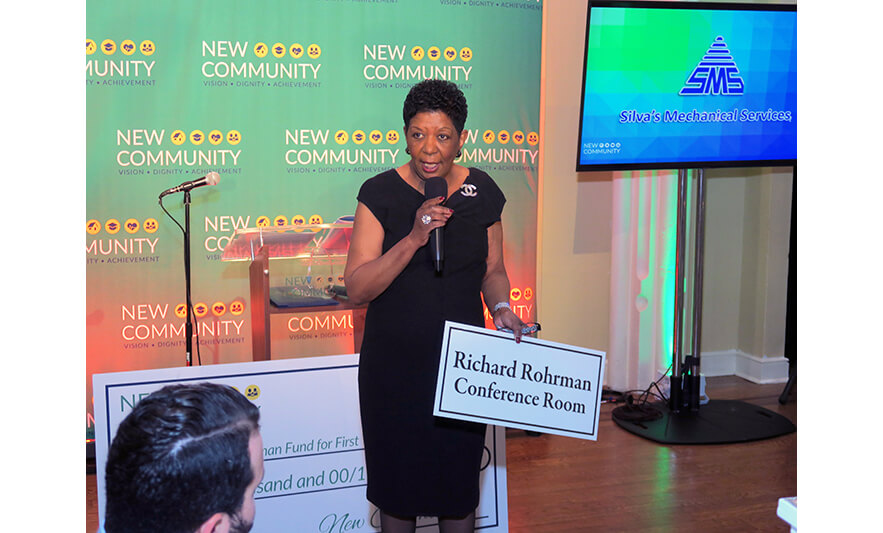 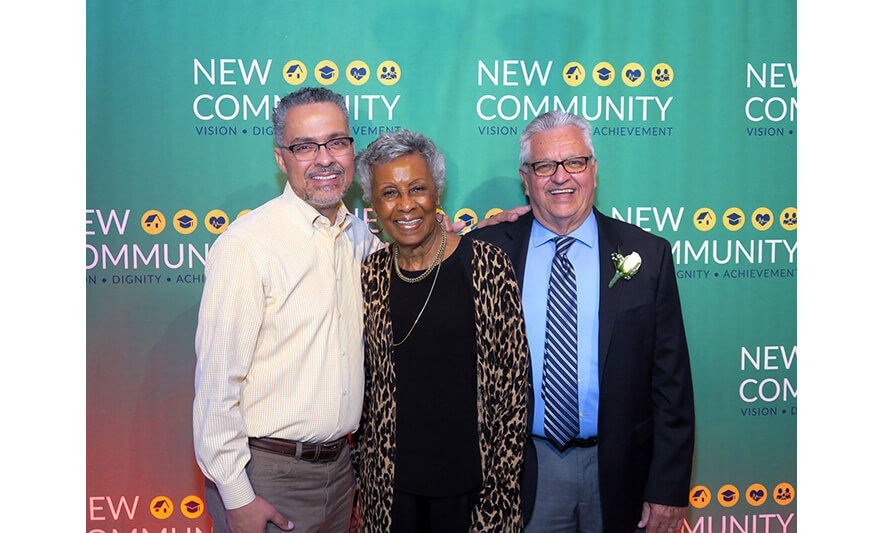 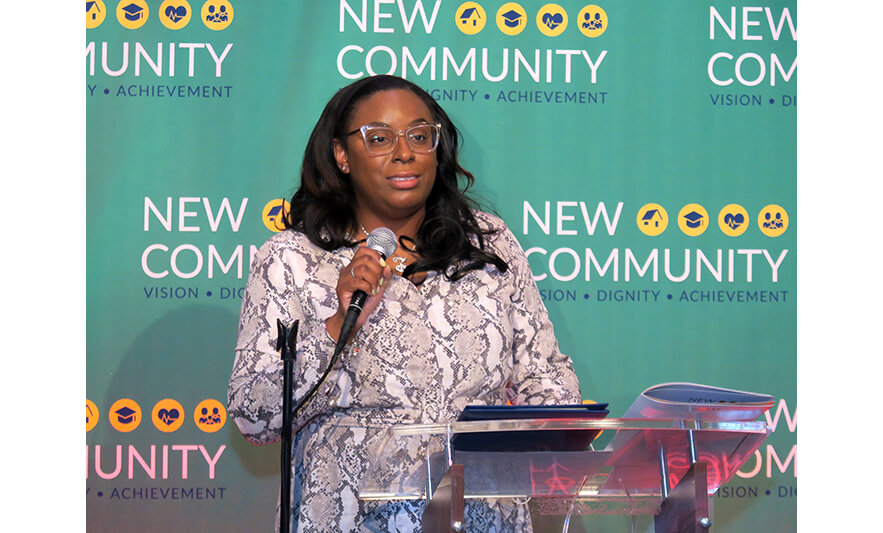 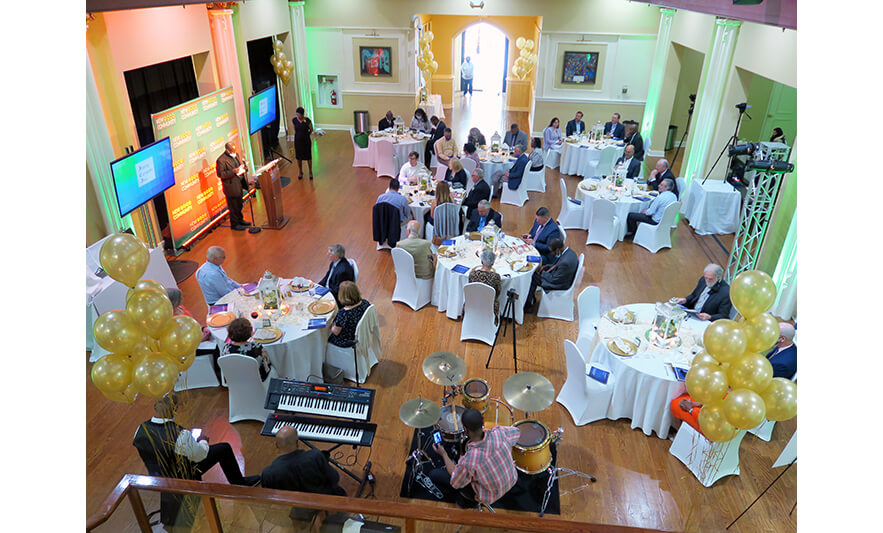 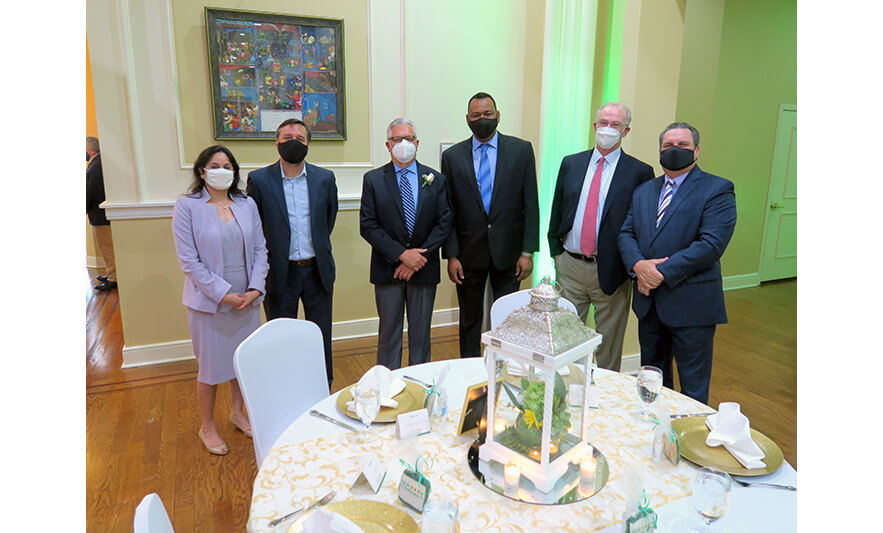 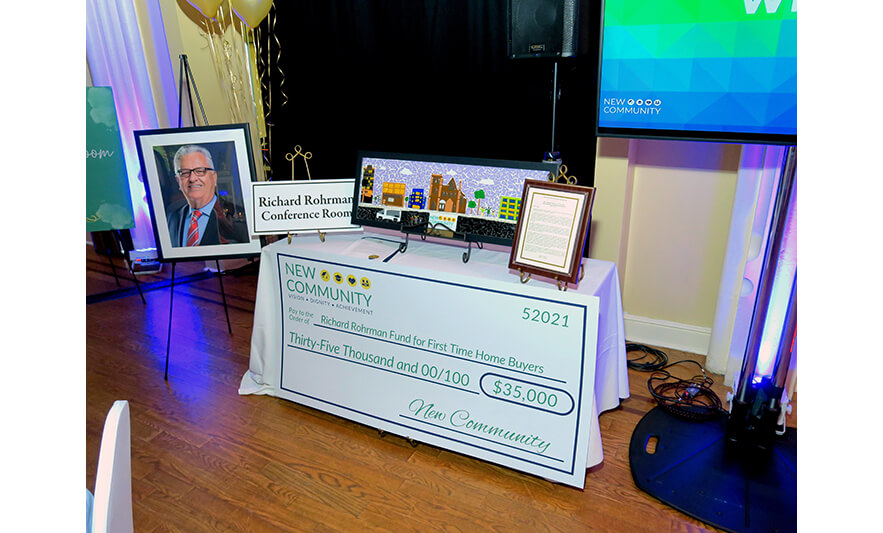 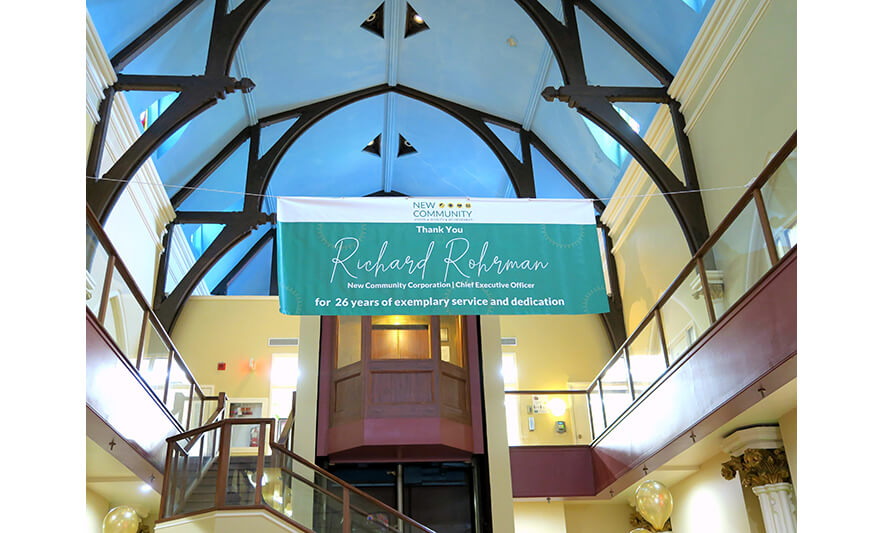 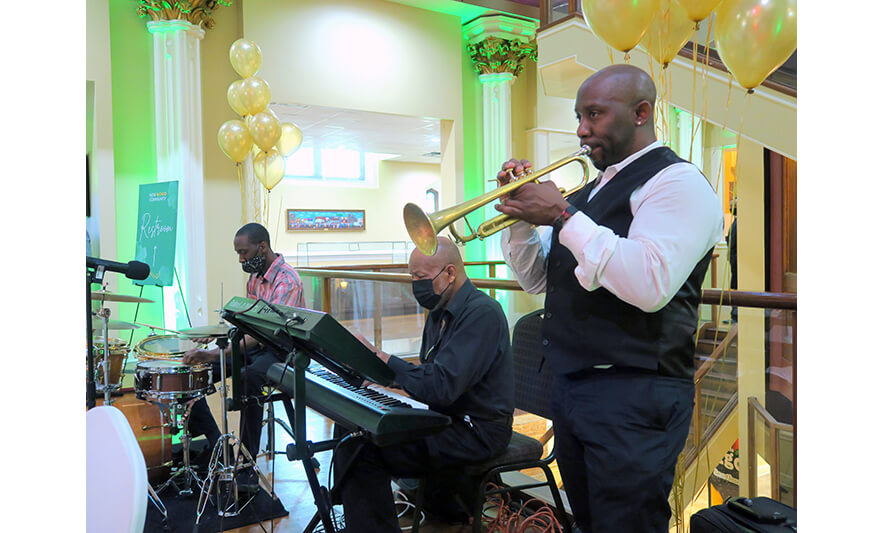 New Community hosted a celebration for retiring CEO Richard Rohrman on May 20 to commemorate his 26-year career with the organization and thank him for his leadership. Because of the ongoing COVID-19 pandemic, a small group, including members of his family, close friends, colleagues and NCC supporters, gathered at St. Joseph Plaza to celebrate him. The event was also live streamed for those who were unable to attend in person.

New Community Board Chairman Dr. A. Zachary Yamba congratulated Rohrman on his extensive career and called him the base of the organization.

“Monsignor [William J. Linder] was the founder, the visionary, but you also need people who are nuts and bolts type people to make the organization work. And Rich was that person,” Yamba said. “And when he became the CEO, he carried New Community to other heights.”

New Community Board Member Diane Johnson, who served as the emcee of the event, reiterated that sentiment.

“The founder may have taken it from ashes to hope. But I know that Richard Rohrman has taken it from hope to reality,” she said. “Richard is someone who has been dedicated and committed and passionate about not only the legacy, but has taken us forward. Under his leadership, we have done very, very well.”

Johnson talked about the rehabilitation of several Newark properties that took place under Rohrman’s leadership that ensures the affordable housing units will be available for many years to come. She also said there are new projects in the works that were started with Rohrman at the helm.

Newark Central Ward Councilwoman LaMonica McIver represented the City Council at the event, bringing a resolution from the council and speaking on their behalf.

“I want to tell you congratulations and thank you for everything that you have done, continuing the legacy of New Community and all of the hard work, working for our residents, the programming, everything,” McIver said. “New Community is literally an enterprise. We would not be able to be the city that we are without New Community and so I’m thankful for you from day one.”

Rev. Louise Scott-Rountree spoke on behalf of Newark’s mayor at the event.

“As I stand here today on behalf of the mayor of this great city, Ras J. Baraka, and over 300,000 residents, I say thank you. Thank you for your perseverance when you could’ve turned your back and said I’m done,” she said.

“Most of us see Rich as more than just our CEO. He’s a mentor, he’s inspiring, he’s a leader, he’s a partner and a trusted friend,” Hunter said. “As a CEO out in front, you can easily put yourself out there constantly. But it was never about Rich. It was always how to make New Community better. Well, Rich, we all want to say job well done.”

In addition to being an advocate for affordable housing, Rohrman has also been passionate about promoting homeownership. To help individuals who face challenges with down payments and closing costs, Yamba announced the creation of the Richard Rohrman New Community Fund for First Time Home Buyers. Board members presented Rohrman with a check in the amount of $35,000 raised as a start for the fund. Money received in support of this initiative will be awarded as grants to qualifying first time home buyers from the service areas of Newark, Orange and Jersey City to help offset down payments and closing costs.

Johnson also announced the renaming of the East Africa Room in St. Joseph Plaza. It is now known as the Richard Rohrman Conference Room and will showcase photos of Rohrman and his work over the years.

In addition to the in-person remarks, attendees had the opportunity to view a tribute video produced ahead of time which included New Community employees from various departments, board members, family members and friends.

Rohrman was very appreciative of the event and remarks. He said his time at New Community has greatly impacted his life.

“This has just been an incredible, enriching experience for me to be a part of New Community for these 26 years,” Rohrman said. “I’ve had the opportunity to meet and become friends with people of such different backgrounds and nationalities and with such different life experiences. It’s just given me a great respect of people for their kindness, their openness and their perseverance.”

Rohrman recalled first coming to New Community when he was in his late 20s and being part of a building boom for the organization. He said having grown up in a suburban community and attending Catholic schools for his education from grade school through college provided him with a much different experience than the individuals who were being served by New Community.

“Monsignor opened my eyes to a much different reality than I had lived. He just showed me what he and New Community were doing to change the city of Newark and they were just working at such a feverish pitch. And I’m just so grateful that I was able to work so closely with Monsignor and learn from his vision and his deep passion for the people of Newark,” Rohrman said. “And then again much later, after experiencing this initial building boom, I was able to work again with so many talented, hardworking people to renovate the same housing and restructure NCC and set it up for its future.”

Click here to see additional photos. All photos are by Lloyd G. Holmes. You can watch the event live stream here. The tribute video can be viewed here.