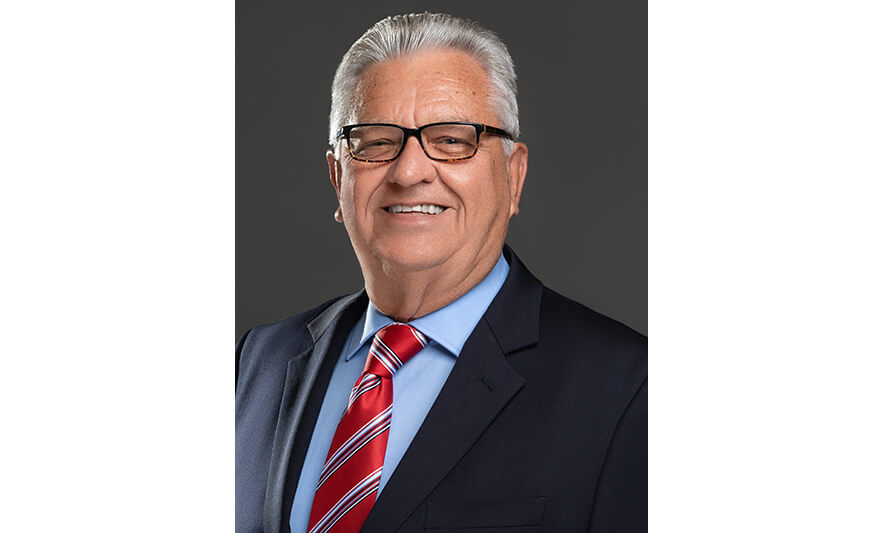 Richard Rohrman has served as Chief Executive Officer of New Community since April of 2013. Photo by Tamara Fleming.

Chief Executive Officer Richard Rohrman has announced his retirement from New Community Corporation at the end of May. He has served as NCC’s CEO since April of 2013.

“I had no idea that I was beginning one of the most meaningful and enriching experiences of my life,” Rohrman said. “Having been able to work at the side of an icon like Monsignor Linder was a once in a lifetime honor and opportunity. He opened my eyes to the injustice in the city and the injustice that its people were suffering. As a child of the suburban Catholic school system, it is an understatement to say I was introduced to a different world than the one I grew up in.”

Rohrman embraced NCC’s mission and grew within the organization, eventually taking the reins. As CEO, he has led New Community through its 50th anniversary year and helped set the organization on a steady path for the next 50 years. He led the re-syndication of over 1,100 units of NCC housing, which resulted in renovations and the preservation of much-needed affordable housing servicing the most vulnerable population. He also reorganized NCC’s executive team, adding a Chief Operating Officer.

Rohrman has used his expertise to strengthen the operational structure and the financial standing of the organization, positioning NCC to grow. In keeping with the organization’s values, Rohrman oversaw an increased minimum wage for its workforce and initiated a 401(k) benefits program for employees with an employer match.

Throughout his tenure, Rohrman said the human element has stood out the most.

“The work has been both rewarding and meaningful to me but the real story is the people. I have been so enriched by the people I have met, gotten to know and been friends with over the years. To learn about so many cultures and backgrounds and having the opportunity to appreciate them has been a life-changer for me,” Rohrman said. “Having worked with and known a seemingly endless array of dedicated people with such different backgrounds has been the real story of my time at NCC. I am proud of my work and also thankful that I have been able to make some difference in the lives of our workforce, clients and residents.”

Being part of New Community for so many years, Rohrman got to know the inner workings of the organization, which put him in a position to successfully lead. Members of the Board of Directors are pleased with how Rohrman has positioned New Community to move forward.

“His retirement is going to be a real loss to New Community because he has served us well,” said Board Chairman Dr. A. Zachary Yamba. “He has a steady hand, he is very approachable and he is very knowledgeable about the organization.”

“He was remarkable in boosting both the stability and the quality of New Community’s role as a service provider for the community,” said long-time Board Member Newton Richards. “During the course of his tenure, there was a constant upward trend.”

“Over the years, Rich has worked hard to bring NCC to the level where it is today, including increasing the membership of the NCC Board of Directors,” said NCC Board Member and Outreach Coordinator Madge Wilson. “I would like to take this opportunity to say a job well done and to enjoy your retirement.”

In addition to working closely with members of NCC’s Board of Directors and staff, Rohrman also forged relationships with those working in other organizations, including Victoria Foundation Co-Executive Officer Craig Drinkard. Victoria Foundation has served as a long-time funder of New Community and Drinkard has worked there since 2006. Drinkard, who lived in NCC housing when growing up, described Rohrman as humble and willing to ask for help when needed.

“He was always methodical in his thinking around the moves the organization needed to make,” Drinkard said, citing as an example the re-syndication of NCC housing which took many steps and much coordination. “Not only are the residents benefiting from that on a day-to-day basis, but the organization itself is in a better position.”

Rohrman knows that after his retirement, New Community will continue to provide quality services that fulfill the organization’s mission to help residents of inner cities improve the quality of their lives to reflect individual God-given dignity and personal achievement.

“NCC is in a strong position to explode into its next 50 years,” Rohrman said. “There will be new buildings and facilities, much greater emphasis on health and its relationship to housing, training for well-paying in-demand jobs, health care, early childhood development and who knows what opportunities will open up. Whatever arises, NCC will be ready.”

While it will be difficult to replace Rohrman, Yamba is optimistic about the future.

“We hope that the person who succeeds him will be able to rise up to the challenge, especially in this period of COVID, economic downturn and all the issues facing the nation and community-based organizations,” Yamba said.

Rorhman plans to enjoy his retirement in a variety of ways.

“Traveling with my wife Joanne, spending time with family in New Jersey, Pennsylvania and Colorado; reading; volunteering; hiking; taking some courses in interesting topics; and slowing down a little are all in store for the future,” he said.

The NCC Board of Directors has embarked on a search for the organization’s next CEO. The Board has engaged The Support Center, a nonprofit leadership and consulting organization specializing in executive search and transition management, to help navigate the search and manage the transition. The Support Center has deep roots in Newark and has been an important partner to NCC over the years.

New Community will release a special edition Clarion in the near future to highlight more of Richard Rohrman’s time with the organization and the perspective of those who have worked with him.