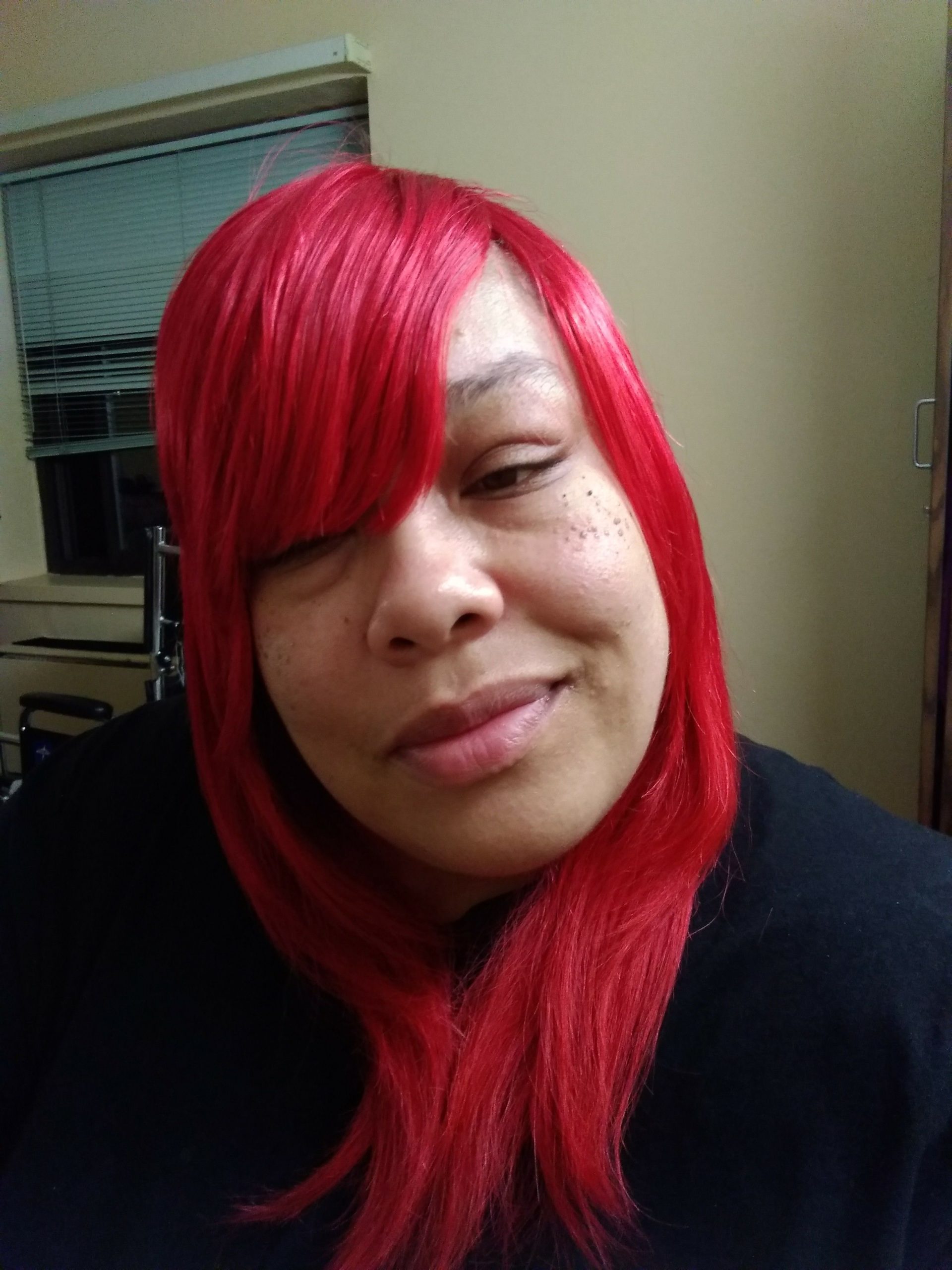 Valarie Dickerson spent more than three months at Extended Care after an amputation, participating in therapy and learning how to use a prosthetic. Photo courtesy of Valarie Dickerson.

Becoming a mother is never easy, but imagine facing serious health issues, the recent loss of your child’s father and a diagnosis of a rare disorder for your child. Those are the challenges Valarie Dickerson had when she was pregnant and shortly after giving birth to her son.

Dickerson is a diabetic. She says she wasn’t managing her condition as well as she should have and that led to health problems. She started having amputations in 2014 when she had to have a toe removed. Her health worsened, especially after a fall in February 2019, and she decided to have part of her right leg amputated.

The decision wasn’t easy. Dickerson’s son was only 6 months old at the time and the only family she had were her cousins. She had experienced the loss of her mother in 2016, just four days after the death of her son’s father’s mother. Her son’s father passed away in December 2017, before she even knew she was pregnant.

She found out about her pregnancy in February 2018, which was a surprise. At 5 months pregnant, Dickerson was told her son had Dandy-Walker Syndrome, a rare congenital brain malformation involving the area of the back of the brain that coordinates movement. The condition often causes developmental delays. Dickerson said children with Dandy-Walker can have other conditions as well, including ADHD and autism.

“But you look at my son, you can’t tell there’s anything wrong with him,” she said.

Dickerson gave birth in August 2018 and said he is the love of her life. She said he was the main reason she decided to have part of her leg amputated earlier this year.

“He’s my motivation. He got me through all of this,” Dickerson said of her son.

After the amputation, Dickerson went to Kessler Institute in West Orange but decided to transfer to New Community Extended Care to be closer to her family members who live in Newark. She is very close with her cousins, who took care of her son while she was recovering.

She praised Extended Care and said she would recommend the facility to anyone in need.

“They help you with everything,” Dickerson said of Extended Care staff members, who even helped her put in housing applications. “They’re so pleasant, so nice.”

At Extended Care, Dickerson underwent physical therapy and staff members helped her with the wound from the amputation. She also learned how to walk with a prosthetic during her stay. She plans to continue coming to Extended Care for outpatient therapy for as long as it’s necessary.

Dickerson’s positive attitude was inspirational for other patients and staff members at Extended Care.

“Through her actions, she shows that in every situation there is hope and life is what you make it,” said Extended Care Administrator Veronica Onwunaka. “You cannot crumble down because things have just happened to you. For me, she’s an inspiration because no matter how my day is going, when I think about her, I pick up courage. When you have faith and have a positive attitude, even when the going is very rough, you can always overcome.”

Dickerson was discharged from Extended Care in August. She said since the amputation she feels so much better. At 40, she is beginning a new chapter in her life.

“Sometimes I miss my leg,” Dickerson said. “Then I have to realize, that was the problem I was having.”