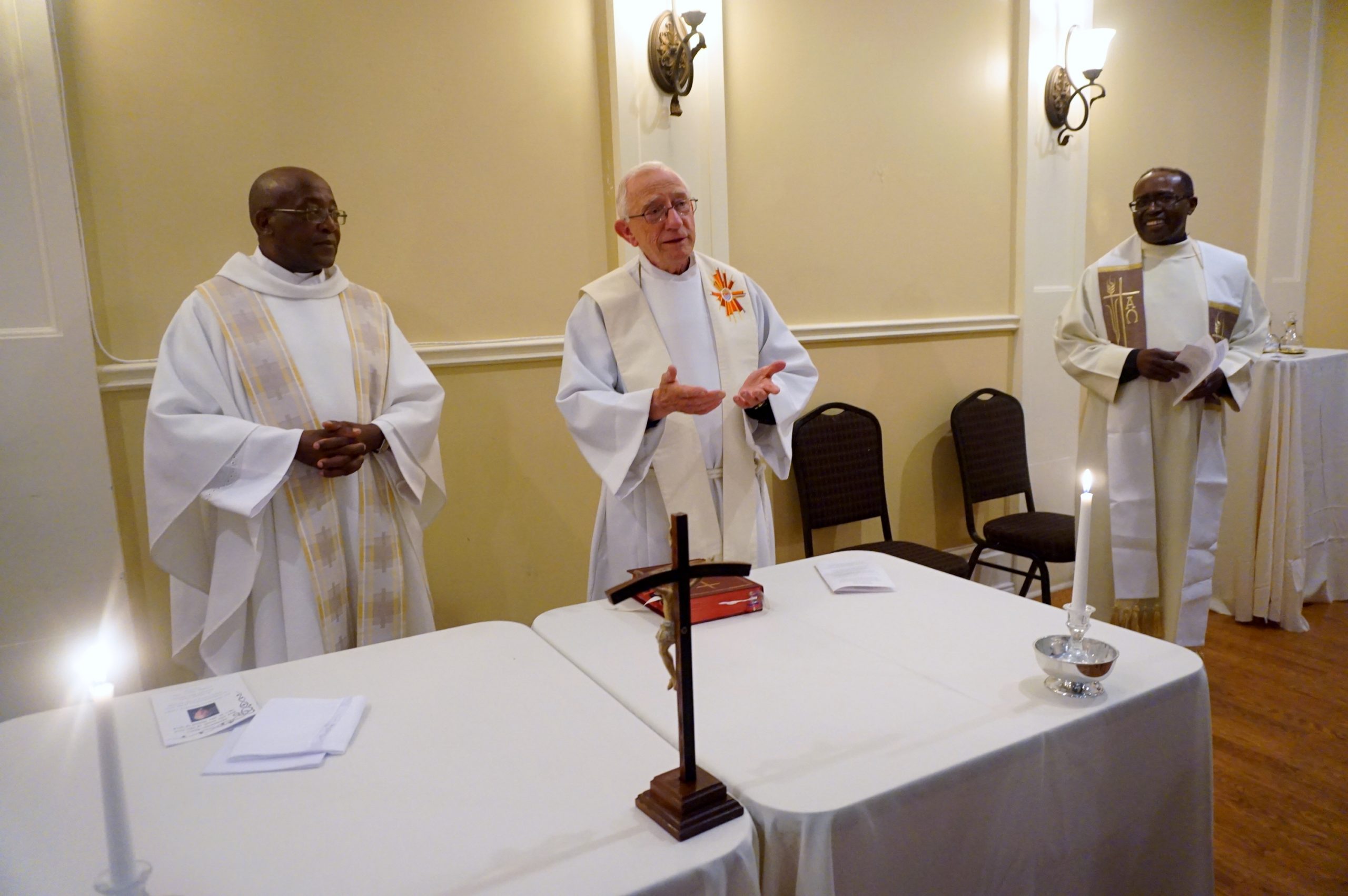 Family, friends and colleagues gathered at St. Joseph Plaza June 7 for a Memorial Mass honoring New Community Founder Monsignor William J. Linder. The event was in commemoration of the first anniversary of his passing. Monsignor Linder passed away June 8, 2018.
“The mass was a beautiful remembrance and an opportunity to reflect on Monsignor Linder’s extraordinary story. He was a doer and also had a heart big enough for us all,” said New Community CEO Richard Rohrman. “It was truly moving.”
Father Philip Waters, Dean of Deanery 20 overseeing eight parishes, delivered the homily at the Memorial Mass, as he did for the funeral mass last year. He talked about the vision Monsignor Linder had for Newark and his accomplishments.
“He bequeathed to all of us, I think, a great legacy. A legacy of love, a legacy of service, a legacy of imagination and a legacy of prayer,” Father Waters said. “And so it’s good that we can come together and remember him.”
Monsignor Edward G. Bradley, Director of the Office of Ministry to Retired Priests, also talked about Monsignor Linder’s legacy.
“What he’s done has remained and now continues to grow for those who follow in his footsteps,” Monsignor Bradley said. “What a beautiful life to have lived, be able to hand on.”
Father Josephat Kato Kalema, Pastor of the Parish of the Transfiguration, spoke about how Monsignor Linder accepted everyone.
“Whether you were white or black, short or tall, spoke English or not, he was always very welcoming,” he said.
New Community Board President Dr. A. Zachary Yamba said those at NCC are working to carry out the legacy Monsignor Linder left.
“We have to make sure that we remain faithful to the mission. Let us keep it in our hearts,” Yamba said. “But more importantly, do the work that he asked us to do.”
New Community Board Member and Outreach Coordinator Madge Wilson was close to Monsignor Linder for many years said she appreciates all that she learned from him.
“Monsignor taught me how to give,” she said. “I just thank Monsignor Linder for all that he did for others and all that he did for me and may he rest in peace.”
Tags: Dr. A. Zachary Yamba, Father Josephat Kato Kalema, Father Philip Waters, Madge Wilson, Memorial Mass, Monsignor Edward G. Bradley, Monsignor William J. Linder, New Community, Newark, Office of Ministry to Retired Priests, Parish of the Transfiguration, Richard Rohrman, St. Joseph Plaza