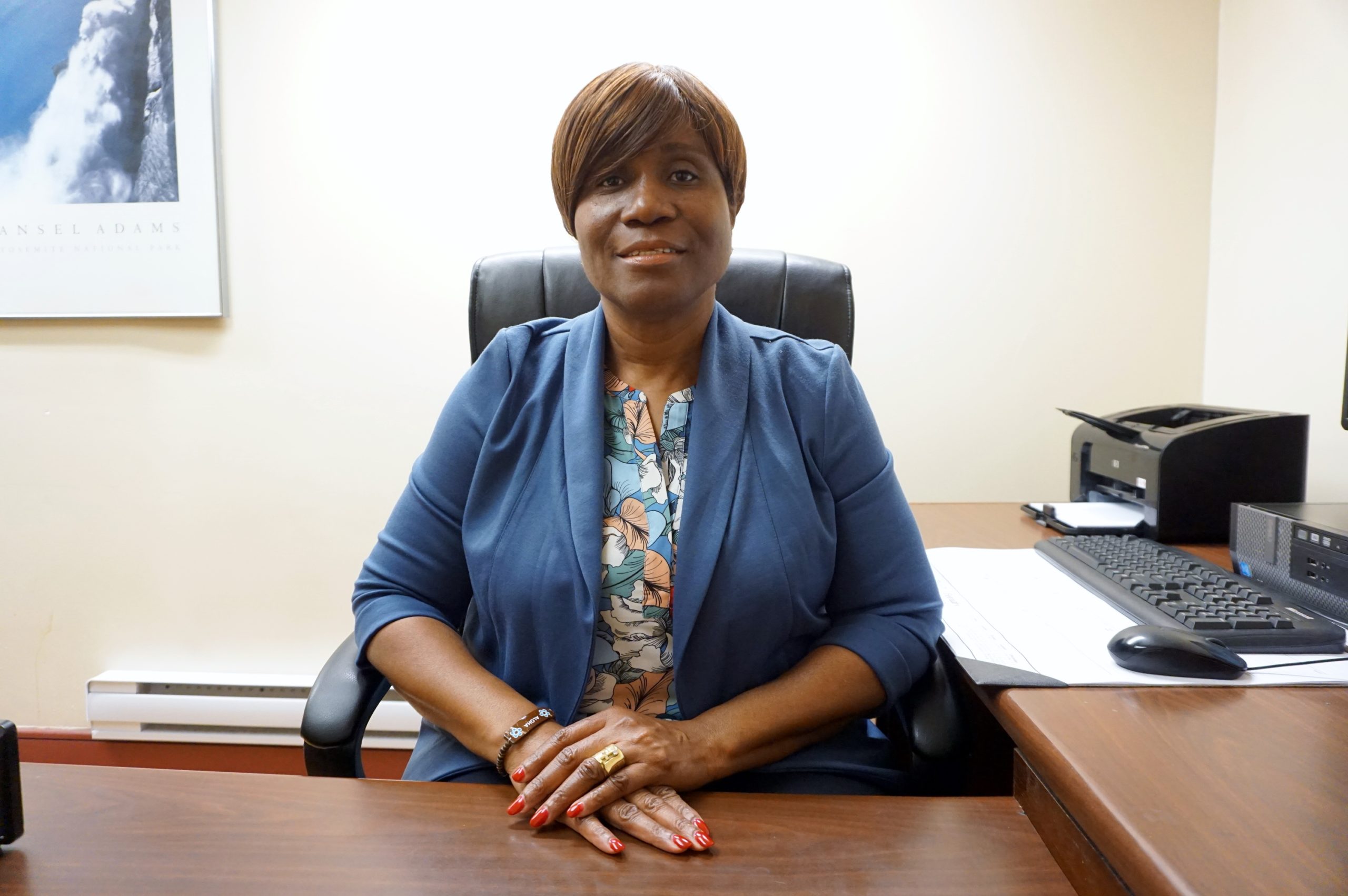 Ruth Reeves, who has worked in the Finance Department of New Community for more than 18 years, became the organization’s controller March 1.

New Community’s new controller has a familiar face. Ruth Reeves, who has worked in NCC’s Finance Department for more than 18 years, was promoted March 1 to the position.
Reeves has worked her way up in the department since starting her employment with New Community in December 2000. She began as an intermediary accountant for housing and commercial real estate properties. When her supervisor retired about seven years later, she was promoted to a supervisor role. She was promoted again in 2014 to accounting manager, a position she held until her promotion to controller.
As controller, Reeves has many responsibilities. She monitors bank accounts to detect any fraudulent activity, approves checks, supervises accountants, conducts audits and works on financial reports for the NCC Board of Directors and outside agencies that provide grants and subsidies to the organization. She also monitors the financial performance of New Community, oversees the preparation of annual operating budgets, manages the preparation of payroll, communicates financial metrics to senior management and provides leadership and support to finance staff.
New Community CFO Elizabeth Mbakaya was happy to promote Reeves.
“She is hard working and always ready to go the extra mile. She is a team player and has vast knowledge of NCC,” Mbakaya said. “I think it is a good idea to promote from within if we have someone on our team who is competent and has the skills instead of bringing in someone from outside. She will have a short learning curve given the complexity of NCC.”
Reeves’ entire career has been in the finance and auditing sector. Her inspiration came from Ellen Johnson Sirleaf, the first female president of an African nation. When Reeves was in high school in Liberia, Sirleaf was the Finance Minister of the country. Sirleaf came to visit Reeves’ high school as part of a program that brought influential figures to speak to students. Sirleaf’s presentation had a profound impact on Reeves.
“I watched her and when we saw her she was motivated and she was intelligent. In a field of men, this was a woman who was a shining star. I said I wanted to be like Ellen Johnson Sirleaf,” Reeves said. “She was the Finance Minister at the time. It encouraged my interest in the financial sector. So I decided to go into accounting and economics in college.”
After graduating from college, Reeves became a bank examiner for the Central Bank of Liberia, which was an auditing position. She worked there for six years and was promoted to the role of authorized signer. She came to the United States after she left Liberia to attend a training and was unable to return because of war. After coming the to the U.S., Reeves continued working in the field of accounting.
Prior to her employment with New Community, Reeves worked at NJPAC as a temporary employee on a contractual basis. When she found out NCC was offering a permanent role, she decided to interview and was asked to join the team as quickly as possible.
Reeves embraces the New Community mission and finds her role satisfying because of it.
“Just knowing what NCC does to help the downtrodden, the forgotten people, the underprivileged people, just knowing I’m a part of that whole process, it brings gratification to me,” she said.
She also enjoys helping other accountants in the department with training, guidance and instruction.
Reeves lived in Newark for about 10 years. She moved to Piscataway, where she currently resides, in 2001. She has been married to her husband for 32 years. The couple has two adult children. Their son is a pharmacist while their daughter is pursuing a master’s degree in occupational therapy.
In her spare time, Reeves enjoys being involved in her church and entertaining family and friends. She was ordained as an elder in her church in November 2018.
She sees a connection between her service with church and New Community.
“I’m grateful to God for Monsignor Linder’s vision. And because of his vision, today we have this beautiful legacy. And this is a legacy that can go on for many generations,” Reeves said. “NCC has done a beautiful job looking out for the poor. And I am more than delighted to be a part of this organization.”
Tags: accountant, Controller, Elizabeth Mbakaya, Ellen Johnson Sirleaf, Finance Department, Finance Minister, Liberia, Monsignor Linder, NCC, NCC Board of Directors, New Community, Newark, NJPAC, Piscataway, Ruth Reeves