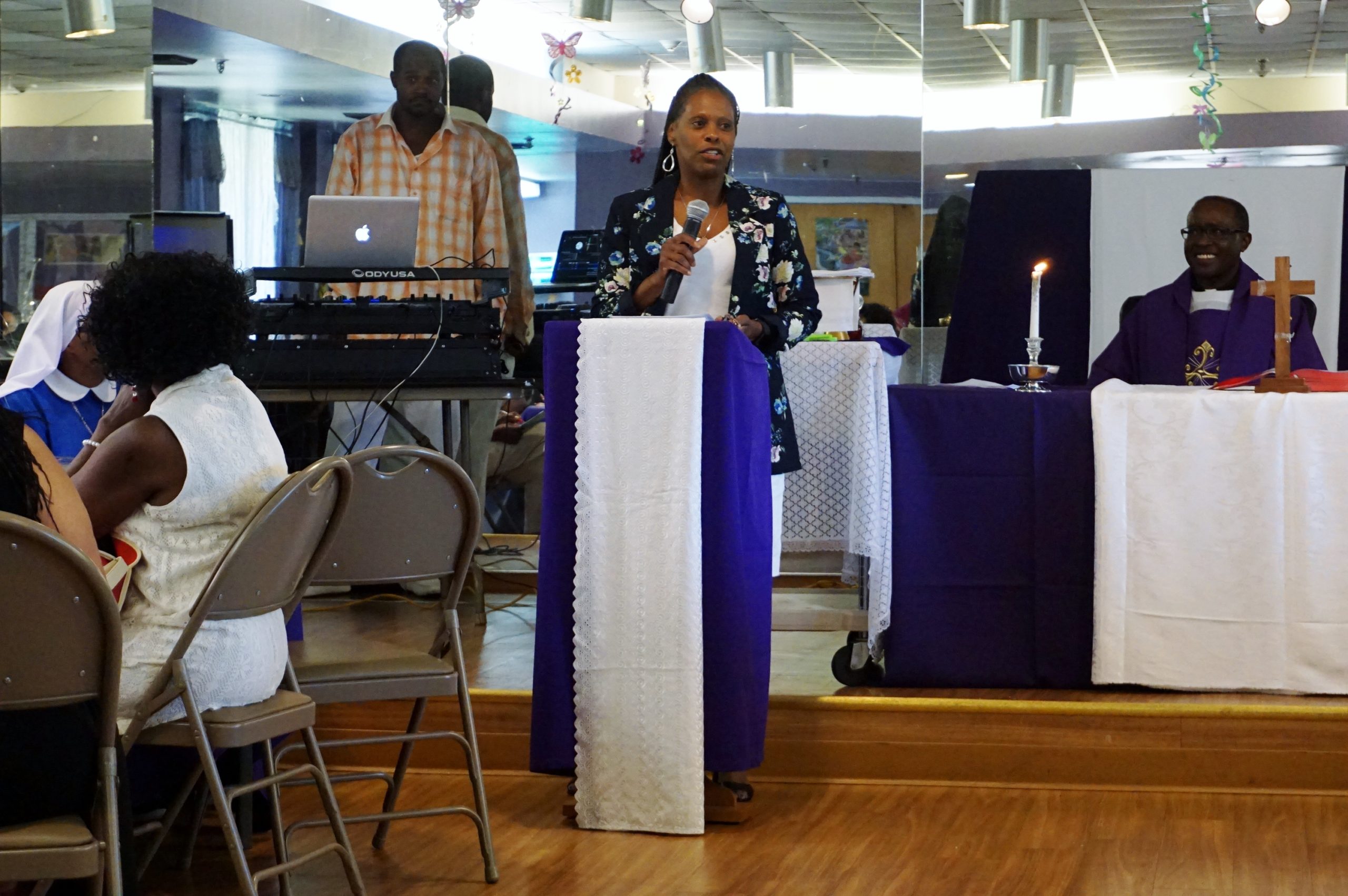 New Community Extended Care residents, NCC staff members and friends gathered at the nursing home to celebrate Monsignor William J. Linder’s life July 19. The founder of New Community Corporation passed away June 8 and had lived at Extended Care for the last several years of his life.

Extended Care Administrator Veronica Onwunaka welcomed the group to the event, saying it was meant to be a celebration like Monsignor enjoyed.

“He always said, ‘Eat, drink, laugh, dance and celebrate.’ And that’s what we’re going to do today,” Onwunaka said.

Father Beatus Kitururu, who performs mass at the Extended Care Chapel, led the church service portion of the afternoon. He said that while Monsignor was a Catholic priest, he was open to people of all religions and backgrounds.

New Community CEO Richard Rohrman echoed that sentiment in his remarks, saying Monsignor helped anyone who was in need, regardless of their color, creed or religion.

“Many people can build buildings. But the difference with Monsignor’s buildings was that he built them so that they would be filled with love,” Rohrman said. “I think his message for all of us is to take a piece of that love, put it in our hearts and to act on it every day and to spread it every day to the people that we love.”

Rev. Frances Teabout, NCC Director of Mission, provided a sermon titled “Don’t Drop the Cross” where she recounted the story of Simon who helped Jesus carry the cross. Simon had come to the region for a Passover feast but God had other plans. Teabout said the story reminded her of Monsignor who came to Queen of Angels Church in Newark to conduct mass, but ended up doing so much more.

Teabout implored everyone to carry on his work.

New Community Board Member and Outreach Coordinator Madge Wilson also spoke at the celebration, recounting numerous stories about Monsignor, who she knew for more than 50 years. When she first met Monsignor as a young priest at Queen of Angels, she said she knew there was something special about him.

“He exudes that love of people,” she said.

After the violence that broke out in Newark in the summer of 1967, Monsignor asked his parishioners why it happened. When he learned about the needs and wants of the residents, he went to work to provide what he could. And he never stopped.

“There’s so many things that he wanted to do. And before I knew it he had developed a new community,” Wilson said. “He took everything that he had built and his mind kept going.”