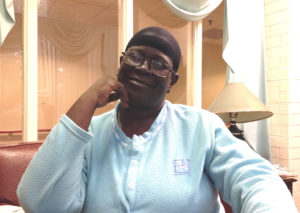 After slipping and falling on black ice last winter, Searight said she broke her ankle and suffered pain from herniated disks in her back.

“I came in here and I needed the therapy. I couldn’t walk,” Searight, 50, said. “I had no idea this place was as amazing as it is,” she added.

After spending a week at the hospital, Searight came to New Community Extended Care, where she underwent rehabilitation therapy that helped her regain strength in her left leg, which had become weak.

“Some days you don’t feel like doing anything but with the spirit of the people here, you can’t help but get out,” said Searight, who moved from Brooklyn to Newark in 2014. Extended Care staff described Searight as “a very positive person.”

“They helped me strengthen my legs as well as my mind,” she said.

Save The Date For 2016 Spring Festival And Auction!