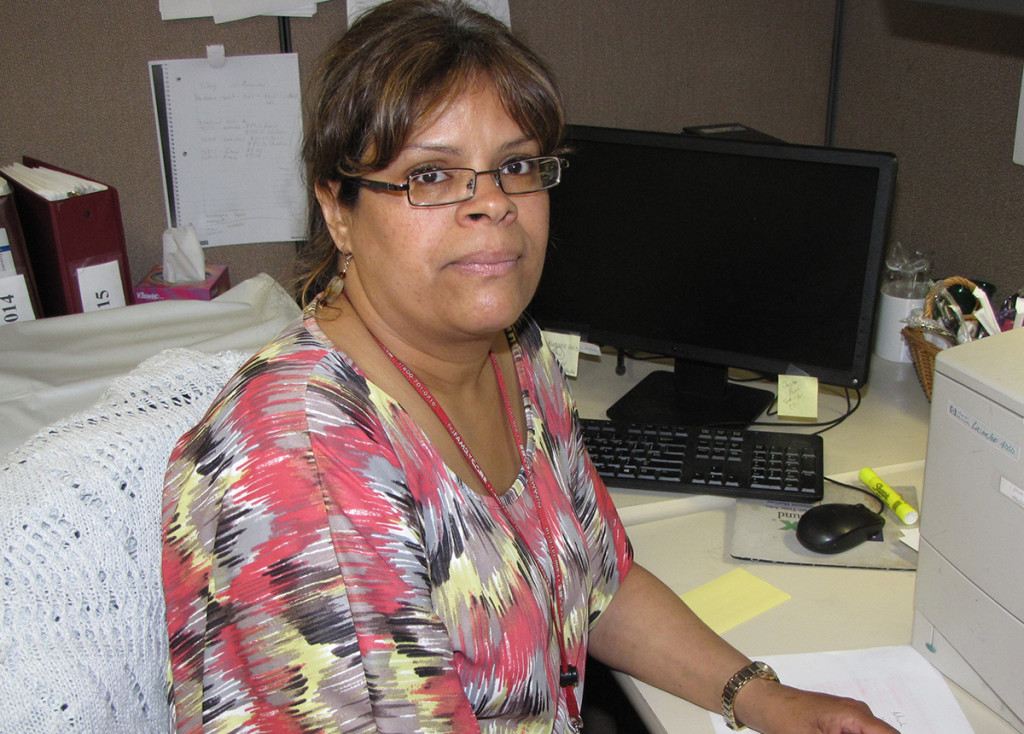 Marilyn Rodriguez says she’s more than willing to be on call for her job at the Family Service Bureau (FSB) of Newark. Her dedication to show up at a moment’s notice when Executive Director Arti Kakkar needs Rodriguez to fill in surpasses the fact that she must hop two buses to get to the office at 274 South Orange Ave. in Newark.

An administrative assistant at FSB, which is an affiliate of New Community, Rodriguez displays a special dedication to her job of 14 years and views her role as an opportunity to expand her horizons.

“The more you do, the more you learn,” said Rodriguez, who handles the billing of various agencies including Child Protection and Permanency, parole and Medicaid, among other office duties. “I have learned a lot over here. This place is like a school,” she added.

In March, when the staff of FSB suffered the loss of their longtime colleague Benigno Garcia Jr., it was Rodriguez who quietly took over the duties of billing coordinator, without making any fuss, according to her supervisor, Bart Chou.

“She just picked up the work,” he said. That was on top of her administrative assistant role, which included receiving clients, opening and closing cases, answering phone calls, keeping the office humming and assisting in FSB’s stream of interns who come seeking academic credit.

“She always goes way beyond the job description,” said Chou, FSB’s director of operations, who has worked with Rodriguez for three years.

A Newark native, Rodriguez was a stay at home mother before she began volunteering for half days at FSB. Around the same time, her older sister, Marisol, had been hired as a secretary at the FSB Kearny office. Rodriguez wanted to go back to work as her two boys reached adolescence.

Fourteen years later, she’s still at FSB, working at the Newark site except for Thursday mornings, when she works at the Kearny office at 379 Kearny Ave. Her sister also continued in the same field and currently works at a mental health hospital in Florida, Rodriguez noted.