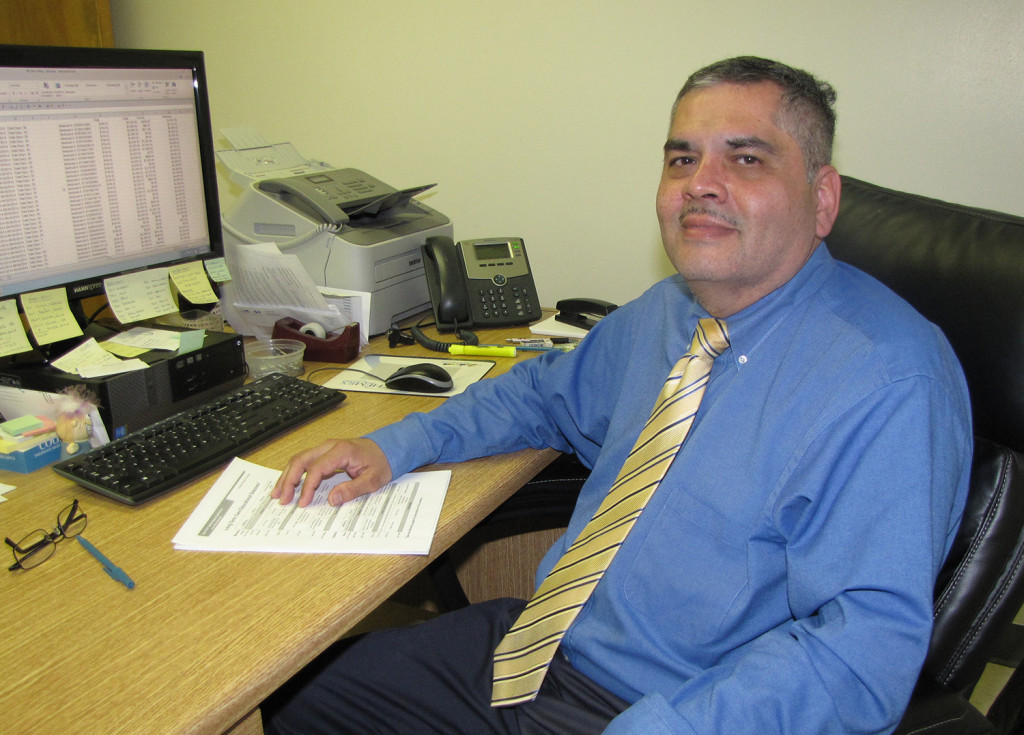 If you pass by Perez’s open door at Extended Care, you’ll often see him stationed behind his computer monitor, intently analyzing or typing away.

As the healthcare controller, Perez oversees a broad range of fiscal services at Extended Care. However he’s also been heavily involved with setting up a new system of electronic medical records at the 180-bed capacity nursing home, a process that’s required intensive staff training and relied on Perez’s technological expertise. Perez works closely with Elizabeth Mbakaya, NCC’s chief financial officer, to whom he reports, and Robert Smolin, facility administrator at Extended Care, as well as other nursing home staff.

“He goes above and beyond. He’s a finance person but he knows IT (information technology),” Smolin said of Perez, who began working at New Community on Feb. 1, 2013.

With thousands of medical documents to convert to e-records, Perez has been training staff in the first-floor conference room on how to navigate the software, handle sensitive digital information securely, and smoothly transition into a new workflow.

“Nobody is going to read a 600-page book,” Perez said of the dense manuals commonly required for training. “Everybody has a different learning curve so I work with them,” he added.

“He’s really led us into e-records, which is important for compliance,” Smolin added.

With more than 20 years in the non-profit healthcare industry, Perez’s educational background covers computers, accounting and insurance, which helped establish him as a multitasker from his first position in a nursing home in 1994.

Perez said he looks forward to the day when Extended Care staff can input data from kiosks or have carts equipped with tablets connected to wireless internet. “Whatever I can improve I will try to improve,” he said.

Born in New York, Perez was raised in Puerto Rico and also previously lived in Paterson. He and his wife, Brenda, currently live in the Bronx.

Editorial: Higher Education Should Be Accessible To All