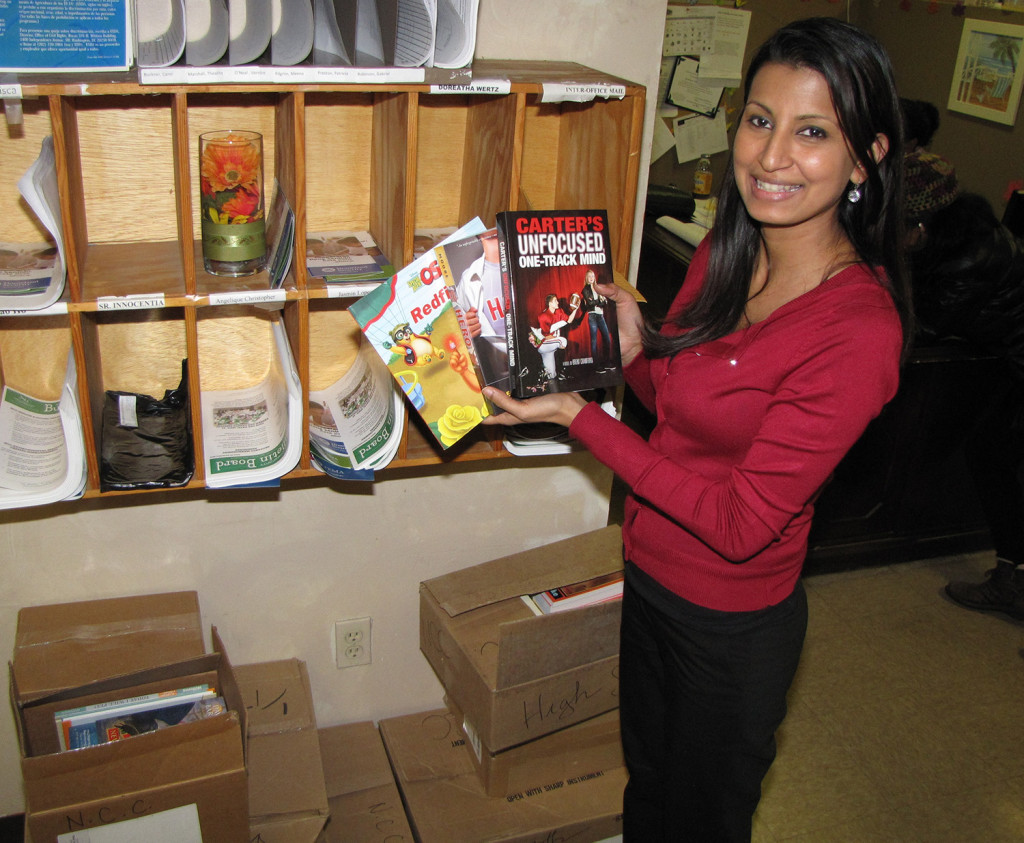 The New Community network received a donation of books last month from the City of Newark as part of Mayor Ras Baraka’s city-wide literacy campaign called “Read and Believe,” which launched Oct. 6, 2014. NCC was among a group of community-based partners in Newark that received several boxes of books, each labeled by reading level. The books, a sampling shown by Care Coordinator Jasminee Sawh-Ramroop, will go to NCC Health and Social Services, Youth Services, Harmony House and both early learning centers. New Community received the books based on responding to a survey from Newark Chief Education Officer Lauren Wells, which gathered information on an agency’s literacy services and the barriers it faces, according to Richard Cammarieri, New Community Director of Special Projects.

Get Your Tickets! Spring Festival Set For April 23 At St. Joseph Plaza