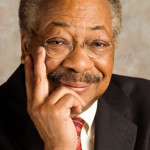 Unlike many intellectuals whose feet haven’t touched the ground in years, the feet of Clement Price never left. He walked the walk, right here in Newark, up until his recent death from a stroke at age 69.

Clem was the official Newark city historian and a Board of Governors Distinguished Service Professor of History at Rutgers University-Newark. But more than that, he was “real,” a man who felt just as comfortable getting to know a single mother who lacked a GED, as he was spending time with his many colleagues from academia, who like himself, held a Ph.D.

A man of his stature could have moved out to the suburbs decades ago, but instead he and his wife still called a historic brownstone on the edge of Newark’s Lincoln Park home. You would need to be familiar with what Lincoln Park was once like to understand what this said about Clem, the man. It was not unusual for him to have to encounter–often after dark—those individuals whom others would have easily considered “undesirables.” But rather than react in fear, I can just picture Clem deliberately engaging them. He was just that type of warm, human being who looked down on no one and who sought to extend understanding to everyone.

Arriving in the wake of the 1967 civil unrest gave Clem a raw and honest vantage point from which to start his study of Newark as a graduate student. Years later, when you listened to him recount the days of the so-called “Newark riots” or expound upon Newark’s raucous political history or its race relations, you somehow knew you were getting the unfiltered truth. I was especially grateful when he agreed to appear in New Community’s 45th anniversary video last year, for he knew NCC and its history better than almost anyone.

Like the Apostle Paul, Clem amazingly managed to become “all things to all men,” refusing to immerse himself in the day-to-day Newark politics that divide rather than unite. New Community will deeply miss Clem Price. Dare I say he possessed a unique spirit about him that will be virtually impossible to replicate.